The Japanese Yen weakened very slightly against the US Dollar Friday after the Bank of Japan left all its monetary policy settings on hold.

That outcome was widely expected in the markets before the fact, but the BoJ also downgraded its assessments of domestic and global prospects. Policymakers noted that Japanese output had been affected by slowdowns elsewhere, with exports showing some recent weakness. It added, however, that the economy’s modest expansion was likely to continue.

Turning to monetary policy, short-term rates remain steady at -0.1%, and the ten-year Japanese Government Bond yield target remains 0%, with massive quantitative easing still in place in the form of bond buying. Given recent data from around the world there was nothing especially surprising here.

The US Dollar had been falling against the Japanese Yen through the Asian morning as investors fretted about trade tensions between the US and both China and the European Union. That fall stalled after the BoJ announcement. 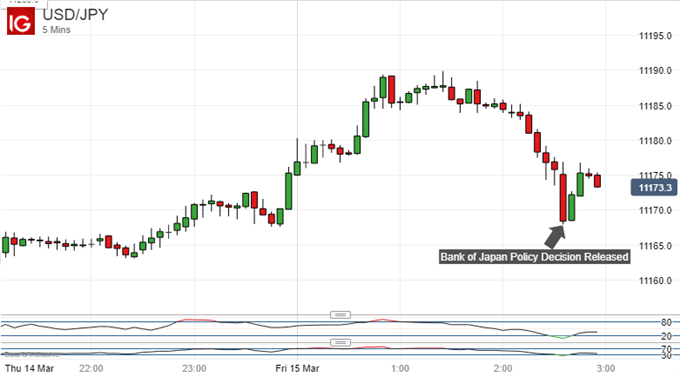 Meanwhile, USD/JPY’s daily chart shows the pair very much still within the uptrend which has dominated trade for much of this year, as risk appetite has in turn held up as investors keep faith that a trade settlement between Washington and Beijing will ultimately reachable.

However, the JPY112.00 handle remains elusive for US Dollar bulls on a daily closing basis, even as they seem to be gearing up for another try at it. 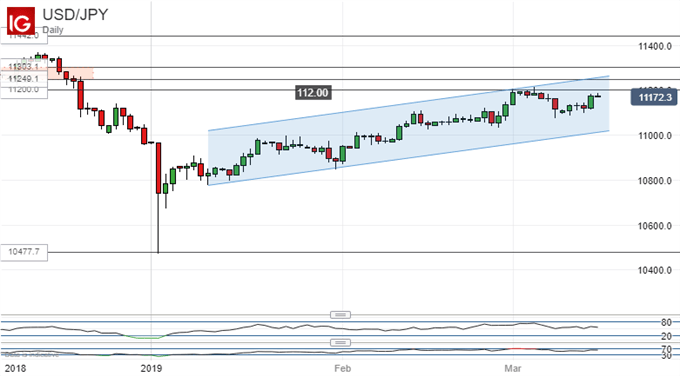 That level will need to be convincingly retaken, however, is the pair is to push on upward to the peaks of mid-December 2018 which now bar the way higher.