Although forex market implied volatility dipped as currency option traders catch their breath from the rollercoaster-ride of price action realized over the last few days of trading, the British Pound Sterling and Japanese Yen could see some sizable price swings next week. 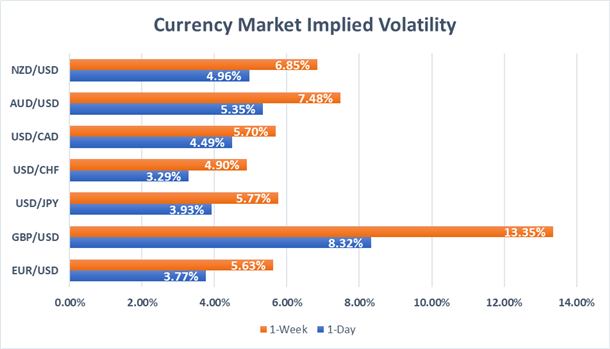 GBPUSD will likely take the spotlight in the week ahead with Prime Minister Theresa May and British Parliament slated to hold three Brexit votes across March 12 and March 14. The UK and EU have been holding discussions over the last few days that look to extend throughout weekend as negotiators search for further assurances that can be made over the Irish backstop.

Without additional concessions, a second meaningful vote looks unlikely to pass the House of Commons which would set the UK on a path towards extending Article 50 and the March 29 divorce date. If the likelihood of a deal that leads to a soft-Brexit dwindles, the GBP could experience additional selling pressure. On the contrary, a deal breakthrough could very well send the Pound marching higher. 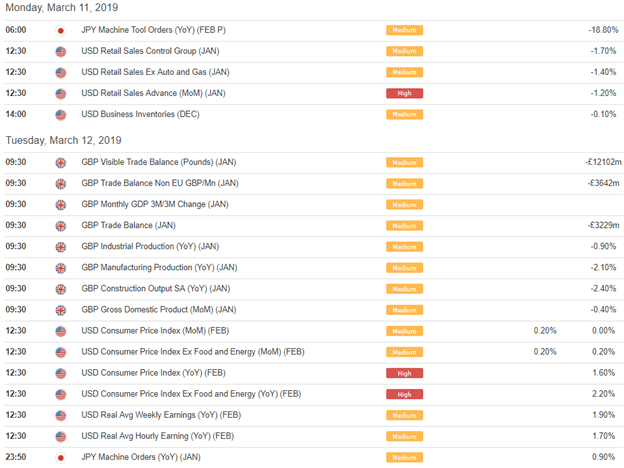 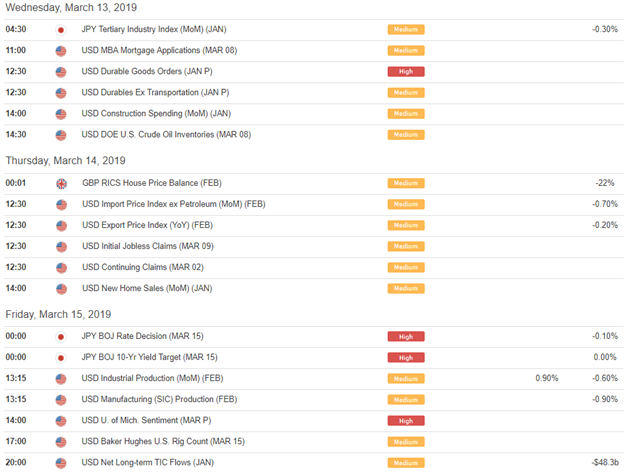 Currency traders will likely parse upcoming US economic data in hopes of gauging the Fed’s latest stance on monetary policy and impact on the US Dollar. Equity markets have begun to slip as investor angst re-enters the market due to a global economy that seems to keep slowing. If the trend continues, traders will likely rotate positioning from risk-on to risk-off.

Also noteworthy is the 1-week implied volatility for USDJPY topping its highest level in over a month ahead of BOJ’s interest rate decision and Governor Kuroda’s follow-up commentary. Traders will likely listen closely to the central banks language which comes after incredibly dovish remarks from the ECB that sent the EURUSD plummeting earlier this week. 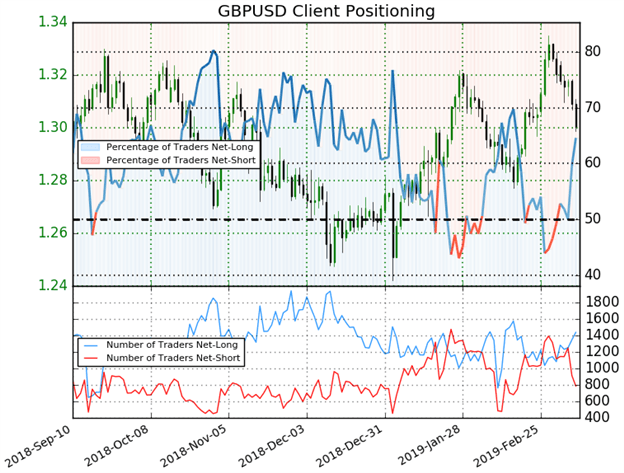 GBPUSD retail client positioning shows that 64.6 percent of traders hold net-long positions headed into next week which is the highest since February 17. The ratio of long to short traders rests at 1.81 while the number of traders net-long is 19.9 percent higher from last week’s reading. 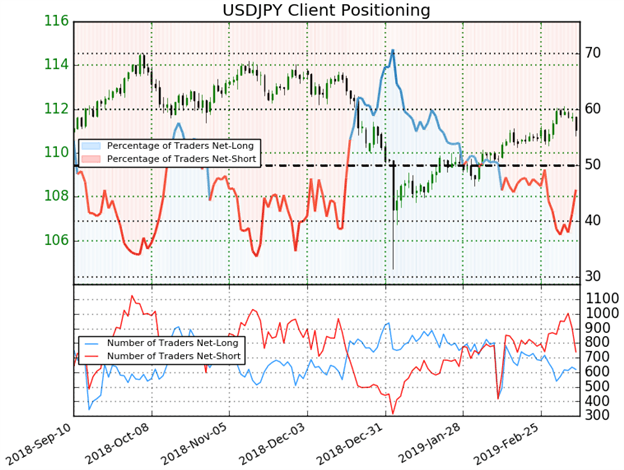 USDJPY retail client positioning shows that 45.6 percent of traders hold net-long positions headed into next week. The ratio of short to long traders rests at -1.19 which has remained net-short since February 27. The number of traders net-long is 7.1 percent lower from last week’s reading.

Check out our Education Center for more information on Currency Forecasts and Trading Guides.