– The inflation report on Wednesday will only underscore the belief that the Fed is due to keep policy on hold for the foreseeable future.

– Retail traders continue to sell US Dollar rallies versus the British Pound and the Euro.

The March US Consumer Price Index report is due to show a rebound in price pressures, in line with the continued rebound in energy prices as well as the improved streak of US economic data (Atlanta Fed GDPNow Q1’19 growth estimate is now 2.1%, up from 0.2% in the second week of March). Nevertheless, the readings are due short the Federal Reserve’s medium-term target of +2%.

According to Bloomberg News, headline CPI is expected in at +1.8% from +1.5%, and Core CPI is due in to hold at 2.1% (y/y). The inflation report on Wednesday will only underscore the belief that the Fed is due to keep policy on hold for the foreseeable future; Fed funds futures are pricing in a 39% chance of a 25-bps rate cut in October and a 56% chance of a 25-bps rate cut by December. 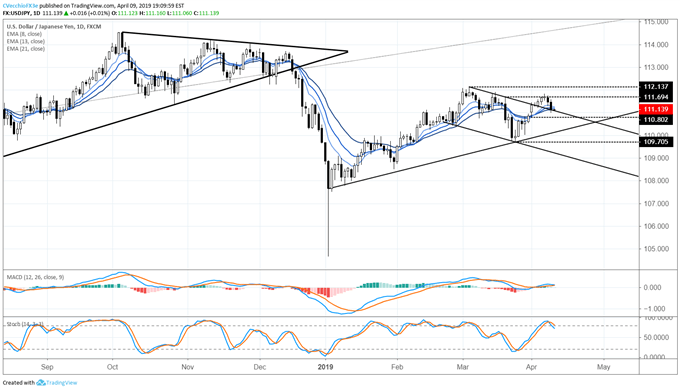 Despite breaking the downtrend from the March swing highs, USDJPY has made no progress over the past few days. In returning back to former downtrend resistance, USDJPY has failed to climb back through the March 20 bearish outside engulfing bar high at 111.69. A return back to the April low at 110.80 isn’t out of the question, and below there, loss could accelerate towards uptrend support after the January Yen flash-crash. 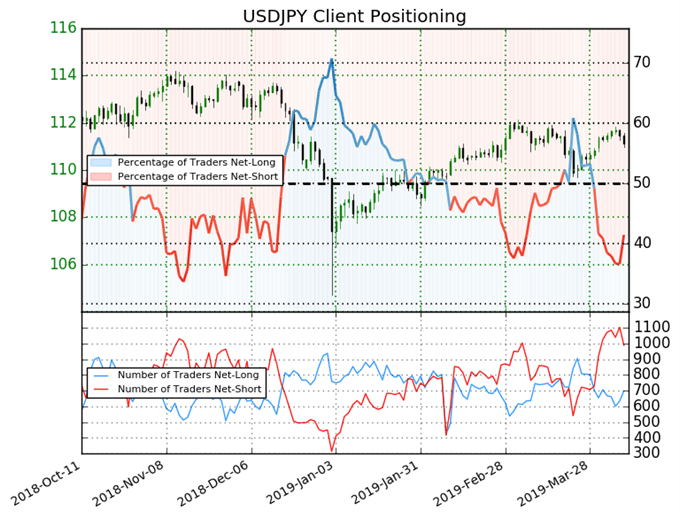