The results of the European Parliament elections have failed to restore confidence in the financial markets despite a poorer showing for the far right than some traders had expected. The overall picture remains one of waning support for mainstream parties, with a possible confrontation between the EU and Italy a particular concern for Euro bulls. 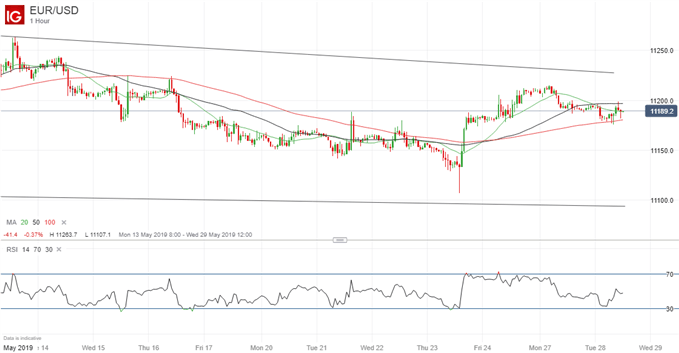 That has damaged risk sentiment, increasing the demand for havens such as German Bunds and resulting in Bund yields hitting their lowest levels since September 2016. Concerns about who might become the next President of the European Central Bank are also a background worry, outweighing talk of more monetary stimulus from China.

By contrast, stock markets remain well off their highs while the Japanese Yen, the Swiss Franc and Bitcoin are benefiting. Sterling remains under pressure from Brexit.

In this webinar, I looked at the charts of all the major assets, at the forthcoming confidence figures that might move the markets and at the latest IG Client Sentiment data.