See how IG clients are positioned on the Dow, Crude oil and the US Dollar with our free IG Client Sentiment Data. 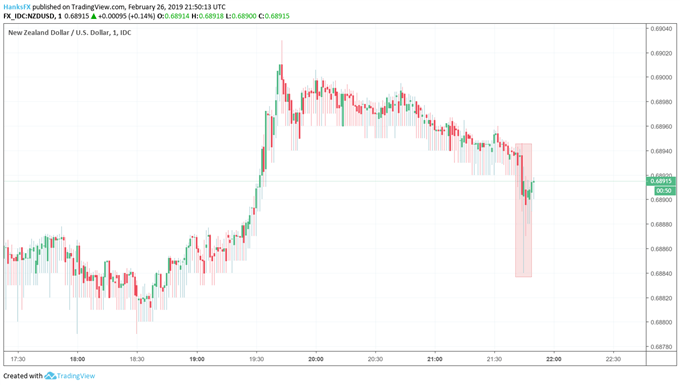 The country’s year-to-date trade balance totaled -6.358 billion NZD versus the expected -5.496 billion and -5.858 billion to December. Imports again surpassed exports in January, contributing further to the deficit. January imports read 5.32 billion NZD the country notched 4.4 billion in exports. The New Zealand Dollar traded lower on the news, but subsequently mounted a rebound to steady off near 0.6891. 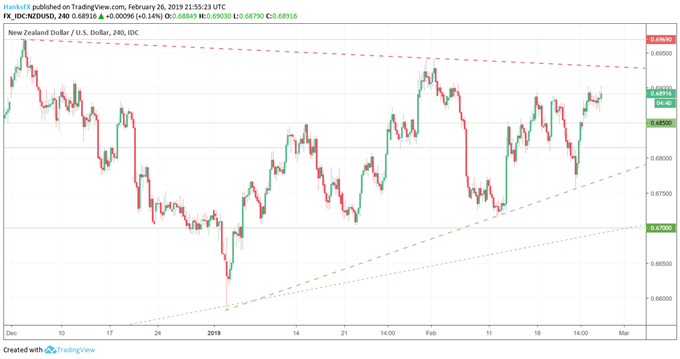 As for the broader NZDUSD picture, the trade data seemingly did little to alter the landscape at first glance. While off session highs, the pair is still comfortably within the wedge it has formed in the past few months. Should Kiwi strength continue, the next area of resistance appears to be in the 0.6930 area at the top of the wedge.

Check back here for updates as the story develops…