Through a series of Tweets, President Trump threatened to escalate the US-China trade war – rattling markets as they opened for the week. “Riskier” currency pairs like the Australian and New Zealand Dollars were first to feel the pressure, followed by Asian stocks and oil. The pain then spread to Europe, and has now reached the United States, resulting in early-morning selling for the S&P 500. With equities on shaky ground, some market participants are concerned the trade war breakdown will contribute to the conditions necessary for a stock market crash.

Although first on the scene, the Japanese Nikkei suffered relatively little compared to its German and American counterparts. The Index opened just 145 points beneath Friday’s close, good for its largest gap lower since April 10. That said, the index was able to recapture most of the lost territory after bouncing off support around 22,085. 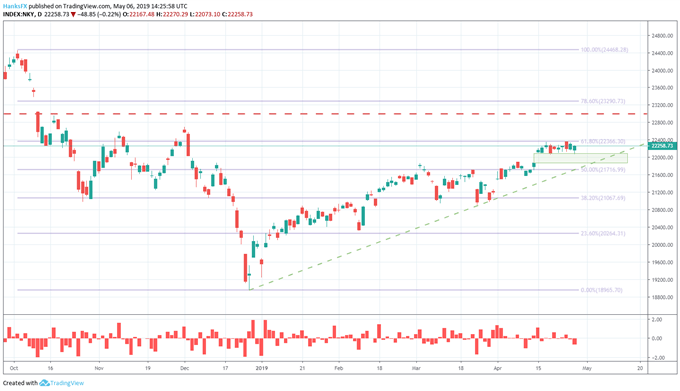 On the other hand, the German DAX suffered its largest gap lower since February 6, 2018. The 240-point move saw the Index plummet beneath the 61.8% Fibonacci level at 12,334 and subsequent support from the upper bound of the recent channel. 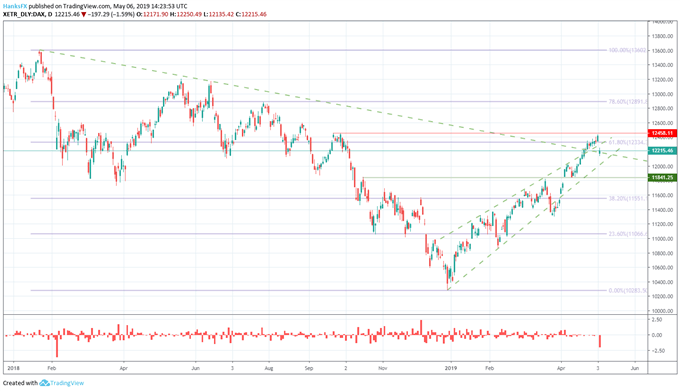 The S&P 500 was the final major equity market to digest the news and opened 37 points lower. The gap is good for the largest in the year-to-date on a points basis but tied with January 2 on a percentage basis. Beyond 2019, the gap is the largest since December 6, 2018. After last week’s FOMC decision saw the Index break out of its ascending channel, it has twice tested the 2,900 level – a break beneath would open the door lower. To the topside, the S&P 500 must once again negotiate record highs and the 100% Fib level at 2,940. 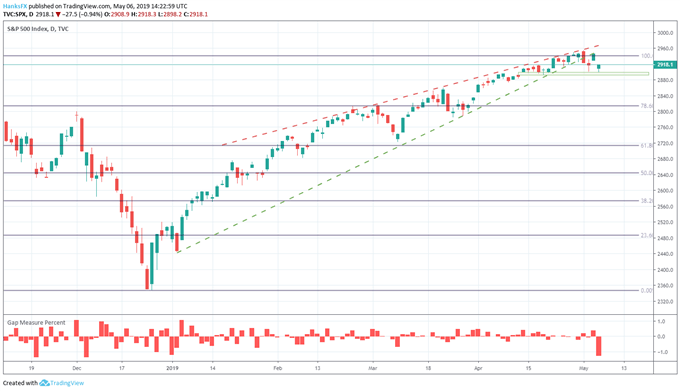