The US Dollar aimed cautiously higher on Friday, rising at the expense of a weaker British Pound and brushing aside a decline in front-end government bond yields. Sterling weakened in the aftermath of UK Prime Minister Theresa May asking the European Union to delay Brexit to June 30th. The fate of the United Kingdom turns to the emergency Brexit Summit later this week before the April 12th withdrawal deadline.

Some newswires attributed the drop in US front-end government bond yields to President Donald Trump expressing his wish for the Federal Reserve to shift to quantitative easing. However, by that point most of the damage to bond yields had already been done. Weakness emanated from the mixed jobs report earlier. Accompanying a beat in employment gains were soft wage growth and a drop in labor force participation. 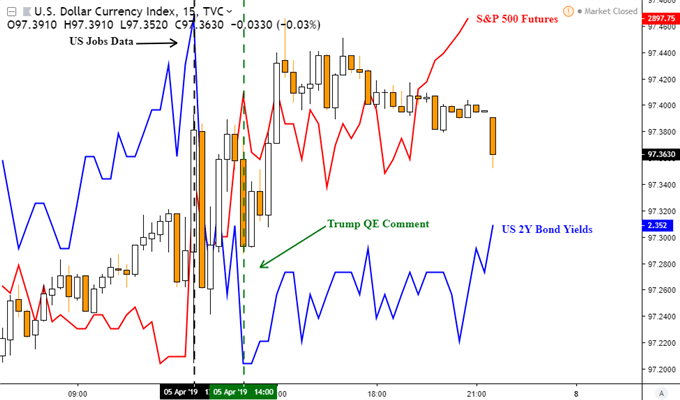 Sentiment generally improved on Friday nevertheless on welcoming progress in US-China trade talks from the Asia trading session. The S&P 500 rose almost 0.5% by the end of the session. Yet, the pro-risk Australian and New Zealand Dollars couldn’t find much upside momentum. Perhaps a stronger Greenback weighed against them. NZD/USD unexpectedly fell earlier in the day.

Aside from a speech from BoJ’s Governor Haruhiko Kuroda, Monday’s Asia Pacific trading session is lacking notable economic event risk. Sentiment may be in an upbeat mood though as after market close Friday, the White House released a statement that noted a key sticking issue in US-China trade talks, intellectual property, was discussed. Gains in the Nikkei 225 may pressure the anti-risk Japanese Yen. 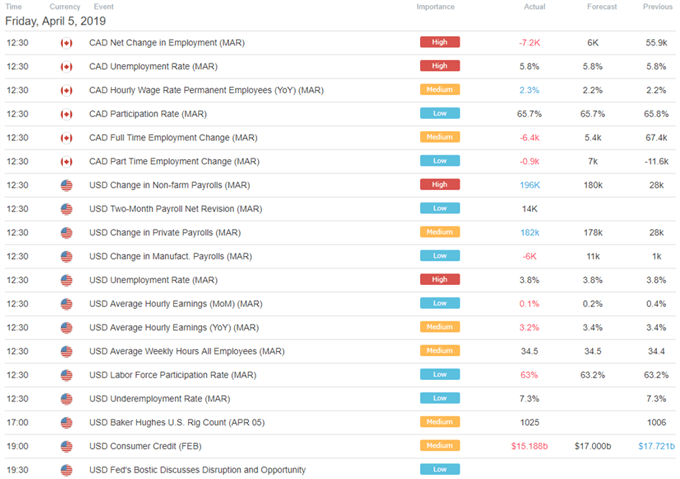 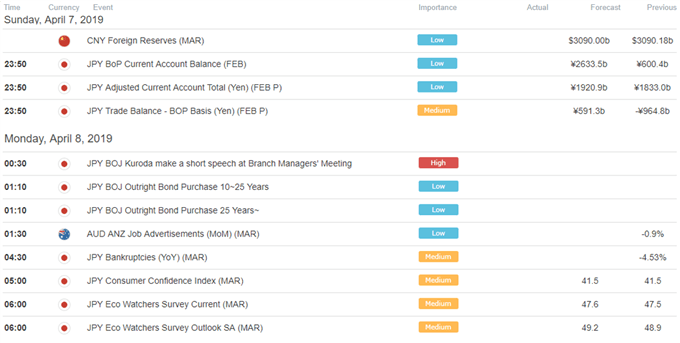