The Australian and New Zealand Dollars along with emerging market assets are at risk from a dramatic spike in volatility as US-Turkey relations are once again under pressure. The dispute arises from Ankara’s flirtation with purchasing the Russian S – 400 missile system. This is because at the same time, the US has been selling and delivering parts and materials for its stealth F-35 fighter jets to Turkey.

Yesterday, the Pentagon announced that it has halted all shipping operations until the Turkish government decides if it wants to purchase US or Russian military hardware. Washington has warned the Turkish government that such a purchase could result in the re-imposition of sanctions. This is because the Russian defense system is capable of shooting down F-35 fighter jets, thereby undermining US military power in the area.

The US has already implemented similar measures against Turkey in 2018 over the imprisonment of an American pastor. The Lira plummeted over 30 percent against the US Dollar, Turkish 10-year bond yields skyrocketed over 15 percent as investor confidence waned, and the economy was pushed to the brink. Fears of a contagion subsequently spread like wildfire and weighed on risk appetite. 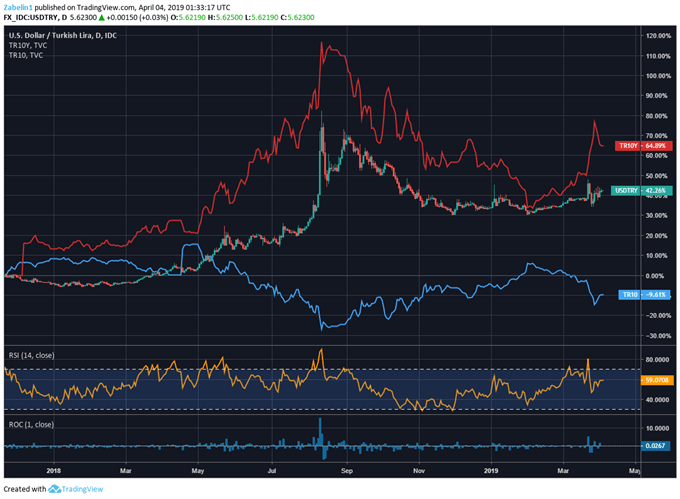 Fears over a repeat of what happened last year are re-emerging, only the outlook for global growth now versus before is considerably less optimistic. Renewed tensions may be even more damaging for risk trends this around against a backdrop of trimmed global growth forecasts and broader uncertainty in geopoliticsand amid financial markets.

Much like in 2018, if the US reimposes sanctions against Turkey, it could spook emerging markets and cycle-sensitive assets like the Australian and New Zealand Dollar which may suffer. Conversely, the Japanese Yen, Swiss Franc and US Dollar may outperform if investor sentiment sours and turns toward capital preservation. 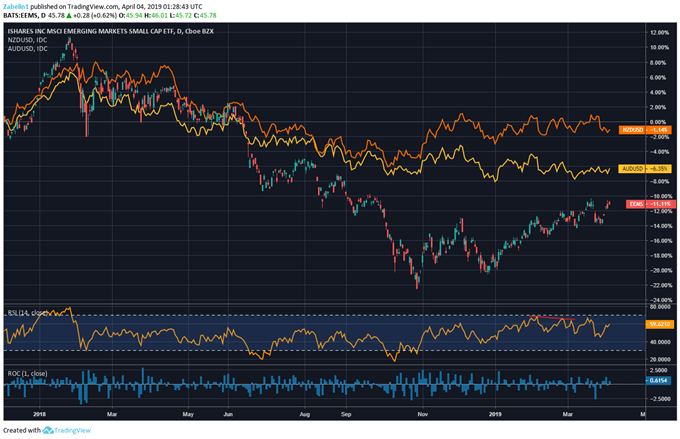