NZD/USD appears to be on its way to test the 2019-low (0.6482) despite the limited reaction to the Reserve Bank of New Zealand’s (RBNZ) Financial Stability Report as the exchange rate reverses the recent string of higher highs and lows.

The RBNZ offered little updates to the monetary policy outlook, with the central bank standing by its decision to lower the official cash rate to a fresh record-low as ‘slower growth and employment momentum is expected over the first half of 2019, due to emerging domestic and international headwinds.’

It seems as though the RBNZ is in no rush to implement another rate cut as ‘extra monetary policy stimulus and elevated terms of trade are expected to help support a recovery in growth and employment from late 2019,’ but the central bank may keep the door open to further insulate the economy as ‘New Zealand is particularly vulnerable to the impact of unexpected global economic events.’ 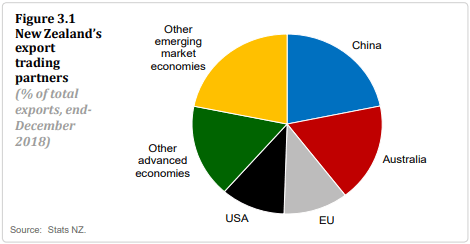 The RBNZ may largely endorse a dovish forward guidance at the next meeting on June 25 as officials see ‘a number of risks that could materially weaken the global economy,’ and Governor Adrian Orr and Co. may keep the door open to implement lower interest rates as the central bank warns ‘negative developments in China would damage global growth and spill over to New Zealand.’

With that said, NZD/USD stands at risk of giving back the rebound from the monthly-low (0.6482), with the broader outlook tilted to the downside as both price and the Relative Strength Index (RSI) snap the upward trends carried over from 2018. 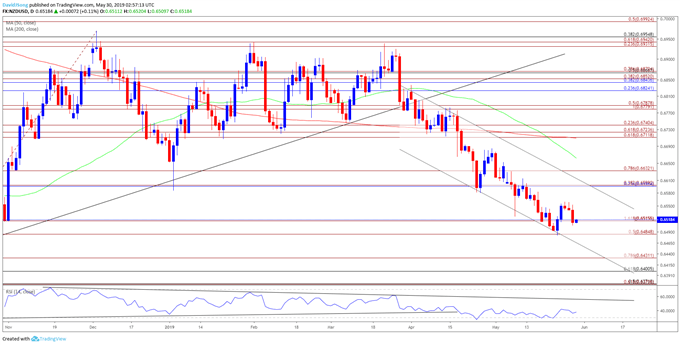