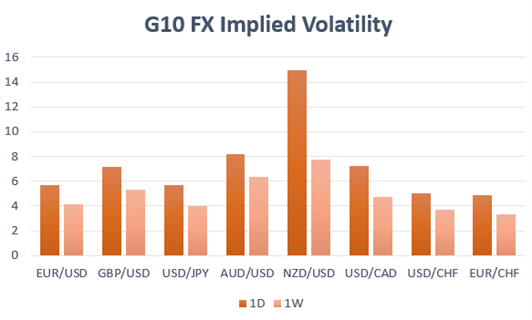 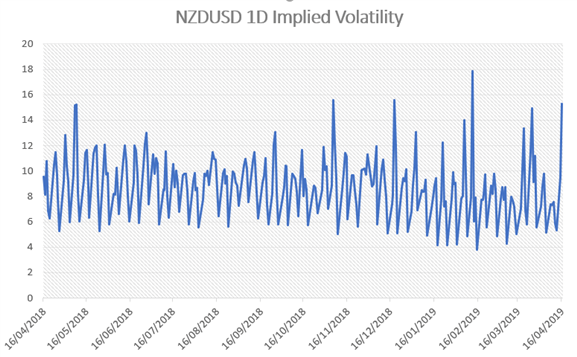 NZDUSD: With 1D option expiry covering tonight’s inflation report, NZDUSD implied volatility have jumped 4.6vols to 15.125, which in turn sees volatility at the highest in over 2-months. As such, this implies a move of 42pips. Alongside this, risk reversals continue to a show a premium for NZDUSD puts (downside protection) over calls, suggesting that option markets are continuing to bet on further declines.

Overnight, saw the RBNZ Governor, Adrian Orr, state that the monetary policy easing bias is in place for now, while also dampening expectations over tonight’s inflation report, having highlighted that Q1 inflation undershooting forecasts (RBNZ forecast 1.6%) are already factored in to the bank’s dovish tone. Consequently, a lower than expected inflation report could see an increased risk that the RBNZ cut interest rates at the upcoming May meeting. As it stand’s OIS markets are attaching a near 25% chance that the RBNZ cut to 1.50% at the next meeting.