After posting the largest weekly drop in 2019, oil prices have extended on its losses amid the step up in trade war tensions sparking risk averse sentiment. Brent crude futures are down over 2% this morning with front month contract exacerbating losses after a breach below the 200DMA, which also coincided with the break of the $69/bbl level. Overnight, sentiment regarding trade tensions between the US and China did not appear to show notable signs of improving as reports emerged from China that they could potentially cut off rare earth exports to the US.

In light of the weaker economic environment, hedge funds have continued to scale back on their bullish positioning for Brent crude oil, which in turn has seen the ratio of long/short positions drop to 13:1 (Prev. 15.5:1). (COT Commodity report) 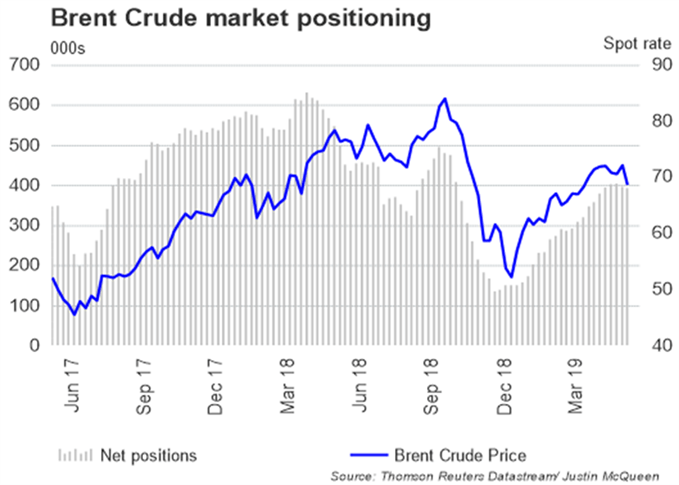 Backwardation May Put a Floor on Further Losses 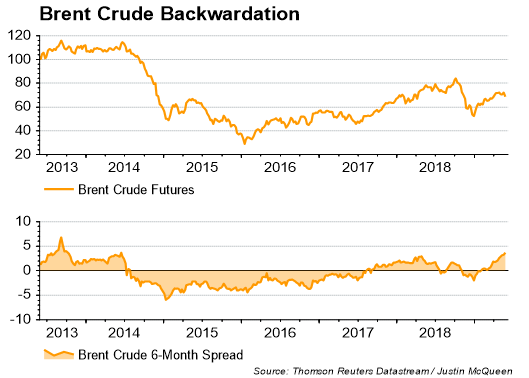 What is Brent Crude Backwardation?

Net Oil Importers: These countries tend to be worse off when the price of oil rises. This includes, KRW, ZAR, INR, TRY, EUR, CNY, IDR, JPY

Net Oil Exporters: These counties tend to benefit when the price of oil rises. This includes RUB, CAD, MXN, NOK.

What Traders Need to Know When Trading the Oil Market

Important Difference Between WTI and Brent