Crude struggles to hold its ground amid the weakening outlook for demand, and recent price action raises the risk for a larger pullback as the Relative Strength Index (RSI) appears to be on the cusp of flashing a textbook sell signal. 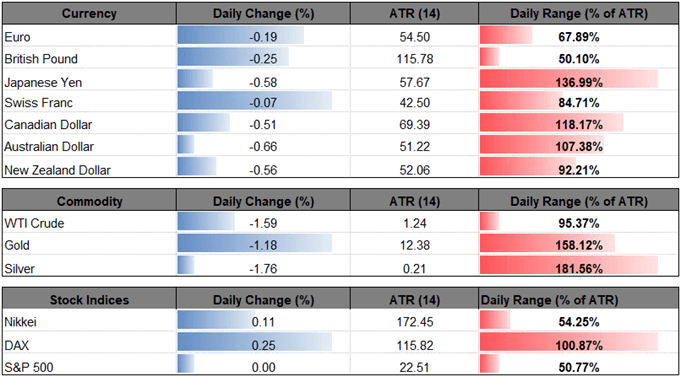 The updated oil market report by the International Energy Agency (IEA) warns higher energy prices will be‘less comfortable for consumers than they were at the start of the year,’ with the group going onto say that ‘the mood will be influenced by the recent downgrade to global GDP growth by the International Monetary Fund (IMF)’ as the U.S. and China, the two largest consumer of crude, struggle to reach a trade agreement.

The IEA goes onto say that ‘there are mixed signals about the health of the global economy, and differing views about the likely level of oil prices’ as the Organization of the Petroleum Exporting Countries (OPEC) and its allies curb production, and the group may continue to regulate the energy market in 2019 amid the ongoing expansion in U.S. output.

Along with the 7029K jump in crude inventories, updates from the U.S. Energy Information Administration (EIA) show weekly field production sitting at a record-high of 12,200K b/d in the week ending April 5. In response, OPEC and its allies may further their commitment to rebalance the energy market at the Joint Ministerial Monitory Committee (JMMC) meeting scheduled for May 19, and the alliance may keep oil prices afloat over the coming months despite the weakening outlook for demand.

In turn, current market conditions may keep crude oil afloat especially as both price and the Relative Strength Index (RSI) extend the bullish formations from late-2018. Keep in mind, the RSI as it sits in overbought territory for this year, but a textbook sell-signal emerge over the coming days should the oscillator fall below 70. Sign up and join DailyFX Currency Analyst David Song LIVE for an opportunity to discuss potential trade setups. 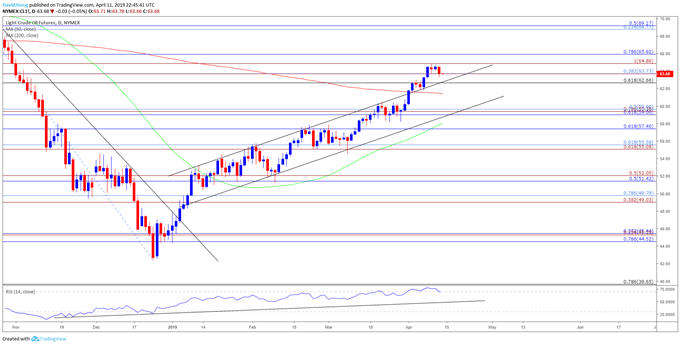