USD/JPY attempts the retrace the sharp decline following the Federal Reserve meeting, with the pickup in volatility spurring a more material shift in FX sentiment, but recent price action raises the risk for a further decline in the dollar-yen exchange rate as it extends the series of lower highs & lows from the previous week. 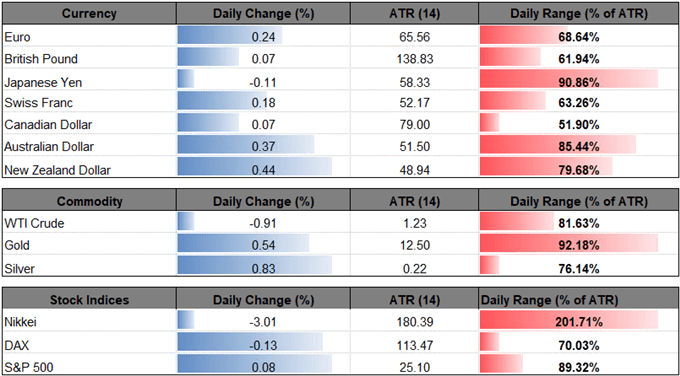 USD/JPY bounces back from a fresh monthly-low (109.71) as Chicago Fed President Charles Evans, a 2019-voting member on the Federal Open Market Committee (FOMC), talks down the risk for a recession and argues that the U.S. economy is merely ‘decelerating from stronger growth’ in 2018.

Like most of his colleagues, Mr. Evans largely endorsed a wait-and-see approach for monetary policy as ‘the risks from the downside scenarios loom larger than those from the upside ones,’ but went onto say that monetary policy could ‘perhaps even loosened — to provide the appropriate accommodation to obtain our objectives.’ Nevertheless, the 2019-FOMC voting member still anticipates ‘for almost 2 percent growth this year,’ and it remains to be seen if the FOMC will continue to change its tune over the coming months as the central bank prepares to wind down the $50B/month in quantitative tightening (QT) starting in May. 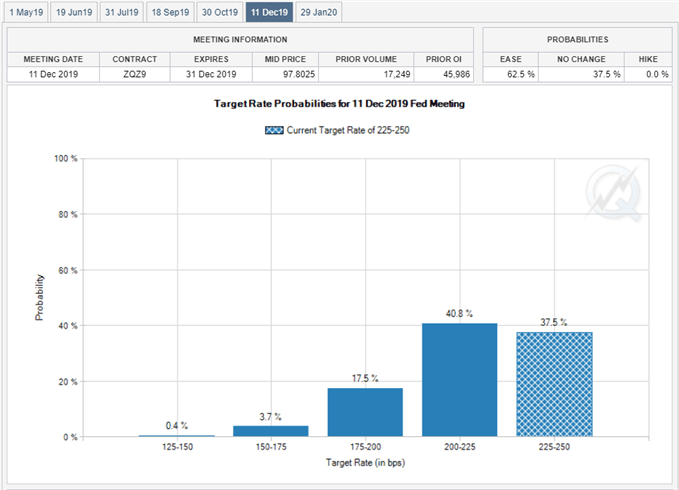 The comments could also infer that the FOMC has yet to abandon the hiking-cycle as Fed officials pledge to be ‘data dependent’ and forecast a longer-run interest rate of 2.50% to 2.75%, but market participants appear to be looking for a change in regime as Fed Fund Futures now reflect a greater than 60% probability for a rate-cut in December. With that said, the ongoing shift in the Fed’s forward-guidance may keep the dollar-yen exchange rate under pressure amid growing speculation for lower interest rates, but the recent pickup in USD/JPY volatility continues to shake up market participation as retail interest recovers from an extreme reading. 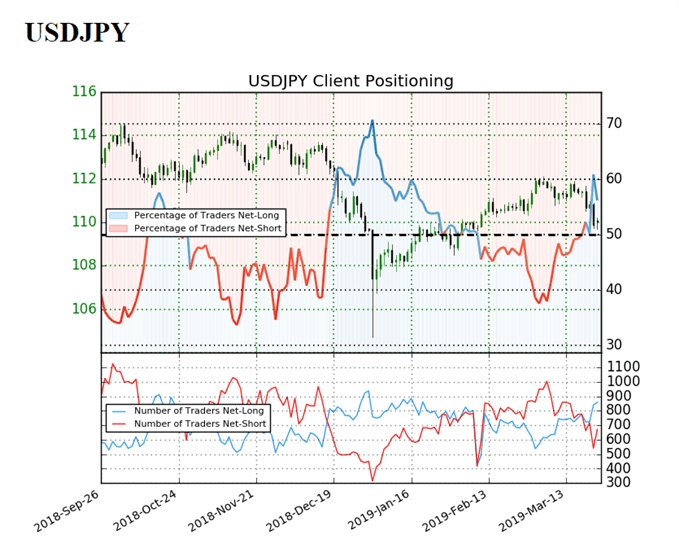 Keep in mind, traders were net-short since February 27, with the ratio slipping to an extreme reading earlier this month, but the IG Client Sentiment index has recovered since then amid the ongoing pickup in net-long interest. Moreover, the last time the sentiment index showed a similar dynamic was back in December, with the retail crowd turning heavily net-long ahead of the currency market flash-crash in January.

The flip in retail interest warns of a broader shift in USD/JPY behavior, with recent price action raising the risk for a further decline in the exchange rate as both price and the Relative Strength Index (RSI) snap the bullish trends from earlier this year. Sign up and join DailyFX Currency Analyst David Song LIVE for an opportunity to discuss potential trade setups. 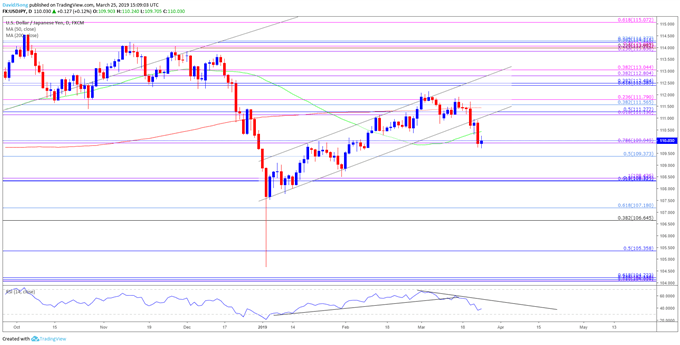