The British Pound was the worst-performing, adding to losses after the UK Parliament was unable to reach a consensus for an alternative Brexit strategy. Over the past 24 hours, Theresa May announced that her divorce deal will be put up for a third vote later today. What will make it different this time around is that it focuses on the withdrawal agreement and not on future ties with the European Union.

Arguably the best-performing major on Thursday was the US Dollar, which climbed alongside rising front-end government bond yields. This is despite a flurry of disappointing domestic economic news flow. US GDP missed expectations, clocking in at 2.2% q/q in the fourth quarter of 2018 against 2.3% anticipated and from 3.4% in Q3.

The S&P 500 brushed off the news, ending the day 0.36% to the upside. All things considered, US economic growth, as a developed nation, remains above its counterparts in Europe and in the Asia Pacific region. Perhaps for the time being, this makes the nation relatively more attractive from an investment perspective as global growth slows. Gold, an anti-fiat asset, dropped about 1.5% as yields and USD rose. 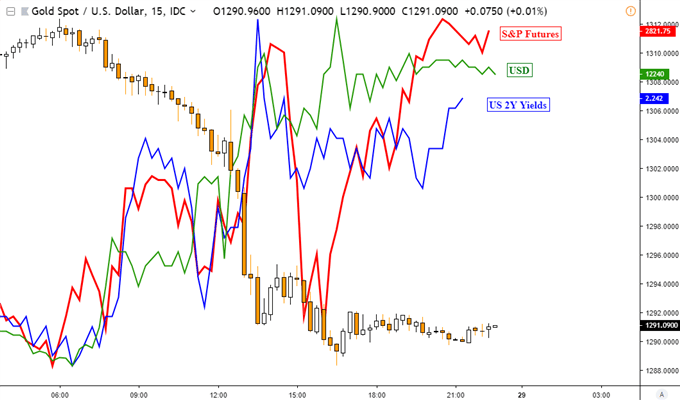 The Australian Dollar looks to private sector credit data and market mood as a pro-risk currency. S&P 500 futures are little changed, hinting at consolidation to come. For the time being, the remainder of the week contains prominent economic event risk, including the Brexit deal vote. With that in mind, volatility may be low in Asia Pacific equities as markets await data on the conditions for global growth. 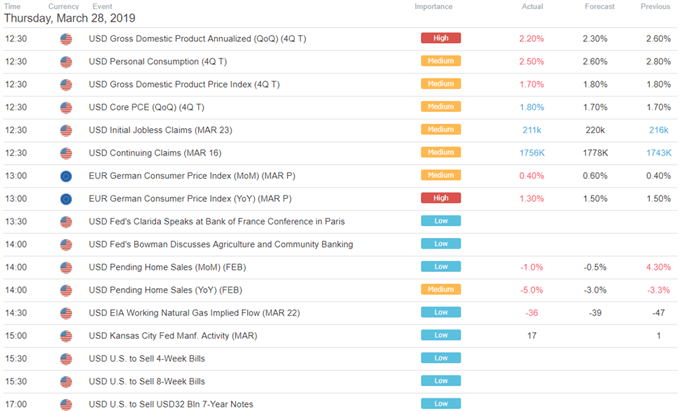 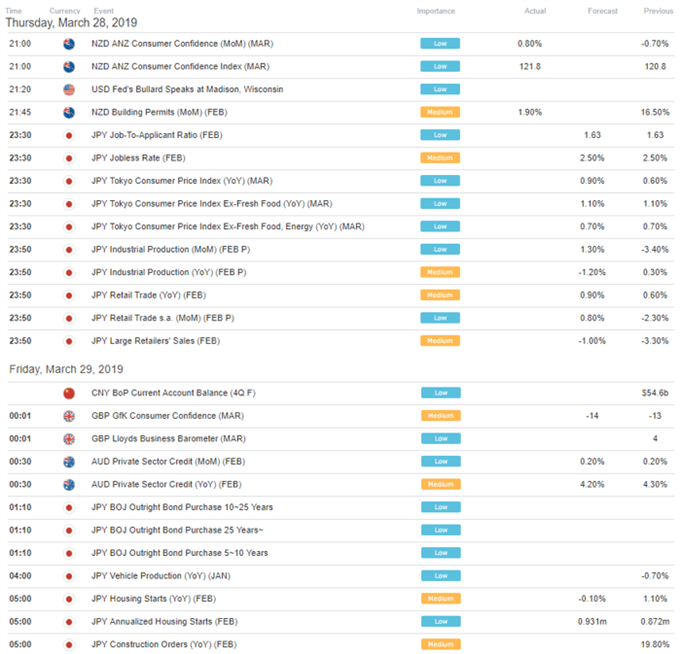