The S&P 500 closed above a critical level on Friday, successfully breaching resistance that held firm since early October. With the move the index notched five-month highs, closing at 2,822, the highest close since October 9th. At the same time, the broad-market exchange traded funds I cover recorded respectable inflows. 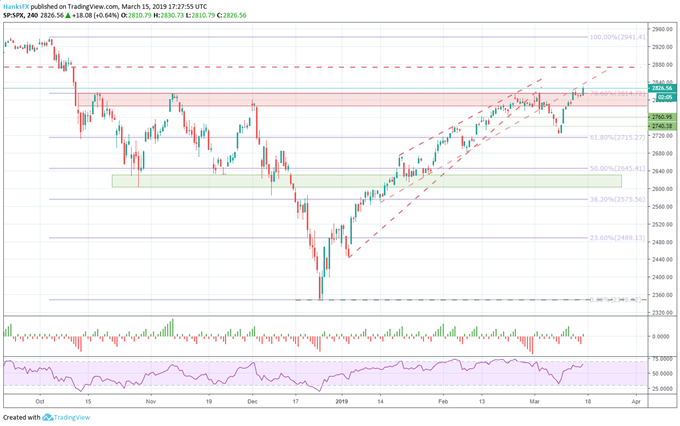 The aggregate fund flows of SPY, IVV and VOO totaled $11.4 billion this week, the largest weekly inflow since late December. IVV offered a standout performance with an intraday inflow of $4.1 billion, the largest in over a year for the ETF. While the general-market tracking funds helped the S&P 500 press higher, notable performances from generally defensive sectors assisted in the effort. 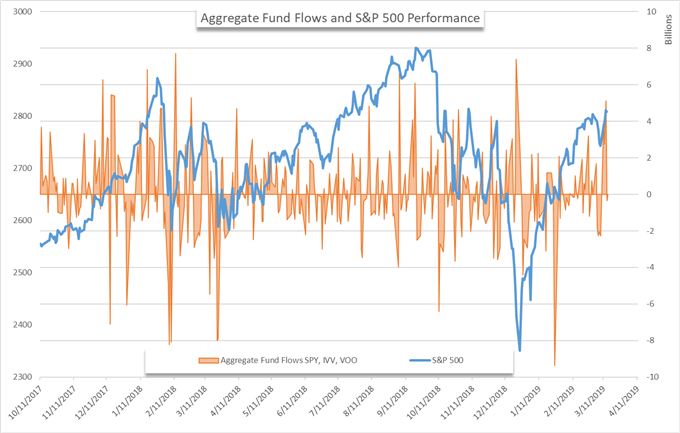 Utilities Climb for a Tenth Week

One such performance was from the XLU ETF. The fund seeks exposure to US utility companies, typically viewed as a defensive industry due to their lack of cyclicality and tepid growth prospects. Investors seem unconcerned with the industry’s investment profile as XLU closed higher Friday to notch a tenth consecutive week of gains. 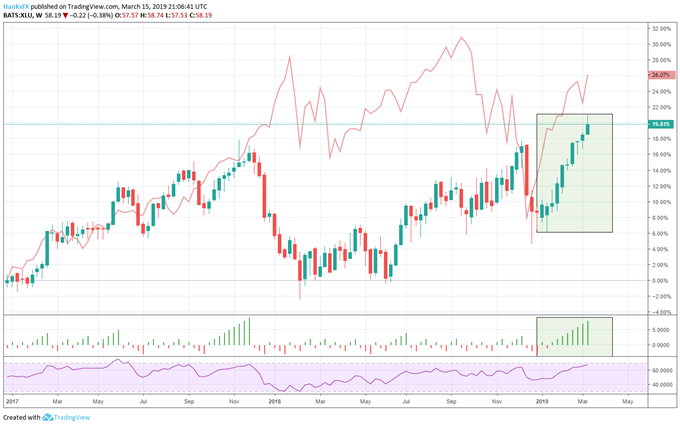 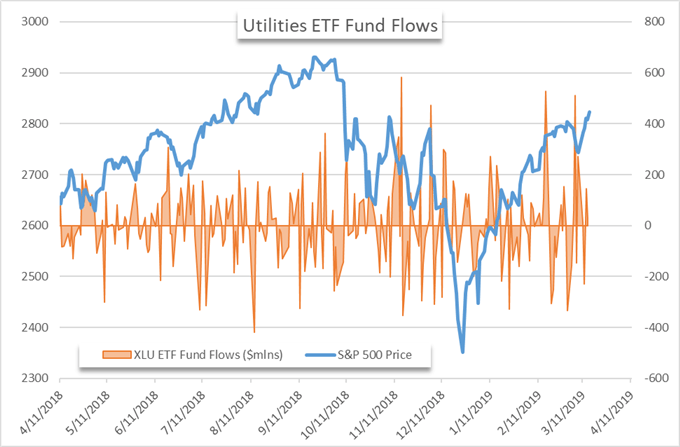 During the ten-week run, the fund registered $450 million in net inflows – roughly 5% of the fund’s $9 billion in assets under management.

While investors were determined to gain exposure in the utilities sector, another defensive sector lacked such commitment. Last week I highlighted the large inflows into the XLV healthcare ETF. This week, the fund saw considerable inflows, but was matched in earnest by outflows. 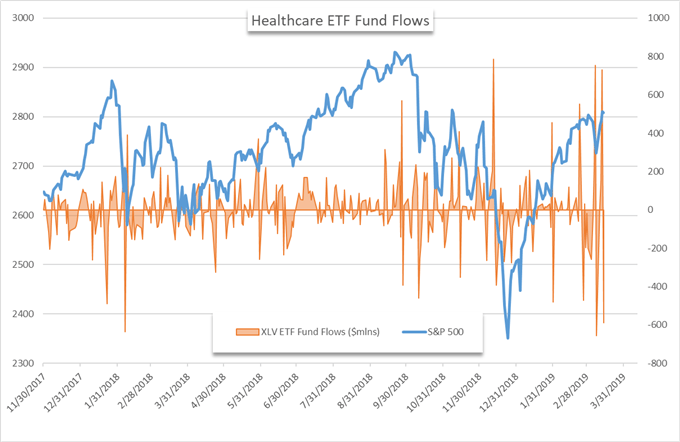 The considerable demand for healthcare appears to have been a false flag for an equity downturn. That being said, capital shifts to XLV remain extreme. In the last two weeks alone, the fund recorded four of its six largest intraday flows over the last year. While outflows have proved robust, the fund recorded $320 million in net inflows since March 4th.

In the week ahead, defensive sector performance will be important to watch as investors look to Wednesday’s Fed rate decision. Should Chairman Powell strike a hawkish tone, the typical rotation into defensive sectors may be skewed by their recent strong performance and the overbought stature of XLU. With the defensive-sector landscape at present, a risk-off mood in markets could drive equity investors to shift capital into defensive assets outside the bounds of equities.