Trade war tensions continue to weigh on the S&P 500 after the United States’ decision to blacklist Huawei on concerns of national security risk. In turn, many of the Index’s top growth stocks were crippled in Monday trading and the decision could have deeper ramifications for the tech industry – particularly semiconductors. While the longer-term implications unfold, the immediate reaction was clear. 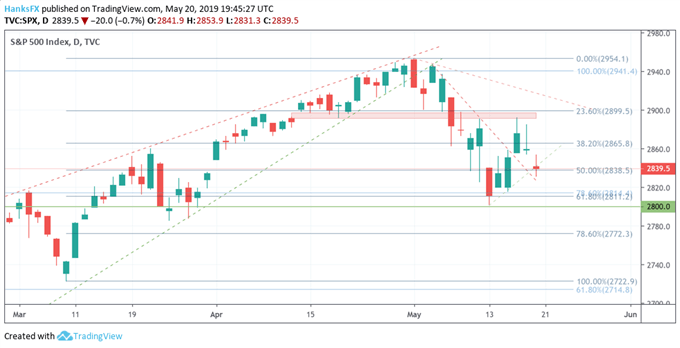 Staying true to form, the S&P 500 staged another gap lower at Monday’s open. The -0.62% gap was the third consecutive lower Monday open for the Index which is now on pace for the most bearish gaps in a month since last May when it opened lower 16 times in 22 sessions. 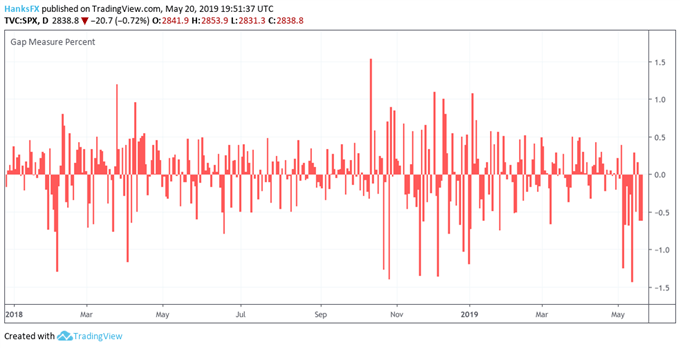 While the number of gaps is likely just a coincidence, some traders may put forth the “sell in May and go away” idea as a driving force behind the moves. That said, the phenomenon has proved less reliable in recent years and the onset of fundamental factors has undoubtedly played a major role. With 8 sessions left in the month, the S&P 500 looks poised to end lower – currently -3.75% beneath its opening price in May. 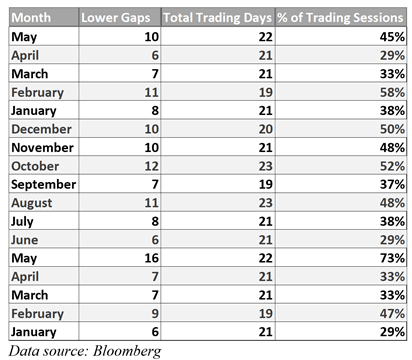 If last year was any indication, the months following May could continue the recent trend. From May to December 31, 2018, the S&P 500 shed roughly 5% – the majority of which was lost in December’s rout. In the shorter-term, both President Trump and Fed Chairman Jerome Powell are slated to speak Monday night. Given the fragile state of trade tensions and the market, traders should look to limit risk exposure over weekends, and key an eye on volatility for hints of rising uncertainty.