The anti-risk Japanese Yen and Swiss Franc were the worst-performing majors on Monday, sinking with a pickup market mood. Optimism began in early Monday trade where upbeat Chinese PMI data crossed the wires. S&P 500 futures rose and preceded a 1.16% rally in the index when trading began on Wall Street. That was the S&P’s best performance in 3 weeks.

Sentiment picked up later in the day when better-than-expected US ISM Manufacturing PMI data crossed the wires, clocking in at 55.3 versus 54.5 expected. Softer-than-expected domestic retail sales for February were brushed aside when that was released an hour and a half earlier. Local bond yields climbed, showing a softening in dovish Fed monetary policy expectations which benefited the US Dollar.

As the markets transitioned into Tuesday, the British Pound tumbled after the UK Parliament yet again failed to reach a consensus for an alternative to Theresa May’s Brexit deal. This increased the threat of a ‘no deal’ divorce with the withdrawal deadline on April 12th fast approaching. Meanwhile, anti-fiat gold prices declined amidst a stronger Greenback, as anticipated.

Top tier event risk for Tuesday’s Asia Pacific session is the Reserve Bank of Australia rate decision. Overnight index swaps are pricing in about a 75% chance that the central bank could cut benchmark lending rates by the end of this year. This has followed increasingly cautious outlooks from the Fed, ECB and more recently the RBNZ. The latter now favors a cut as its next move, risking further declines in NZD.

With expectations of dovishness so high, the risks then for AUD/USD are arguably tilted to the upside in the event the RBA remains neutral. For some time, the central bank has continued reiterating the notion that it sees no strong case for a near-term adjustment in rates. As such, staying put would probably send the Australian Dollar rallying. Having said that, shifting away from that notion would be significant.

One of the pairs that I am closely watching is AUD/NZD. It just recently pushed above a trend-defining descending resistance line from August. Confirming another daily close above it on the chart below could carry significant bullish implications, especially if the RBA maintains its neutral outlook. For more timely updates on the Australian Dollar and AUD/NZD, feel free to follow me on twitter here @ddubrovskyFX. 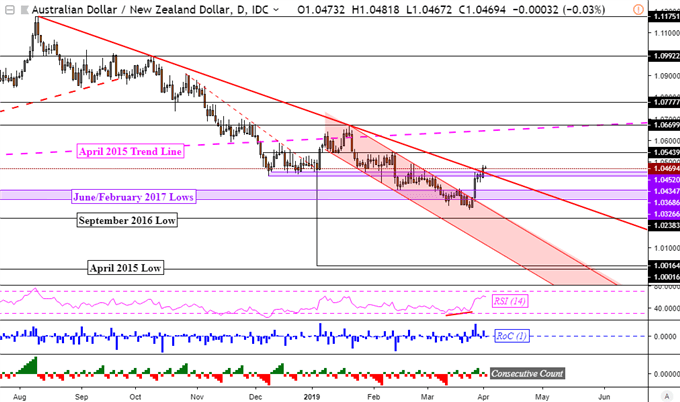 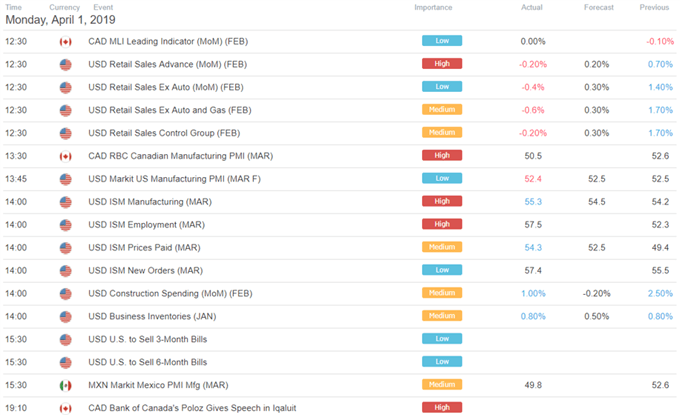