Last week I discussed the deadlocked fund flows for the aggregated exchange traded funds I track despite the litany of event risk ahead. While the loaded calendar was somewhat underwhelming from a price action perspective, it was able to break the parity in fund flows. This week delivered a solid string of inflows for the SPY, IVV and VOO ETFs with the largest single day aggregated inflow since December 21st. The weekly net change in funds totaled nearly $5.8 billion. 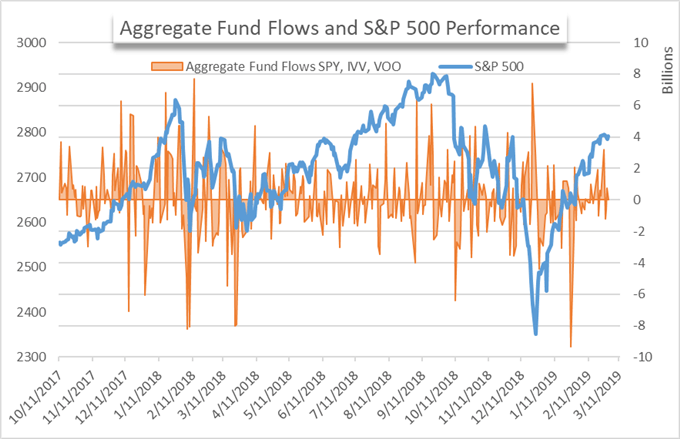 Interestingly, the inflows came as the S&P 500 and Dow Jones traded near technical resistance in the 2,800 and 26,260 areas respectively. While the flows likely contributed to equity buoyancy amid weak data and sobering trade war comments, they proved insufficient to spur the indices past their respective technical levels. 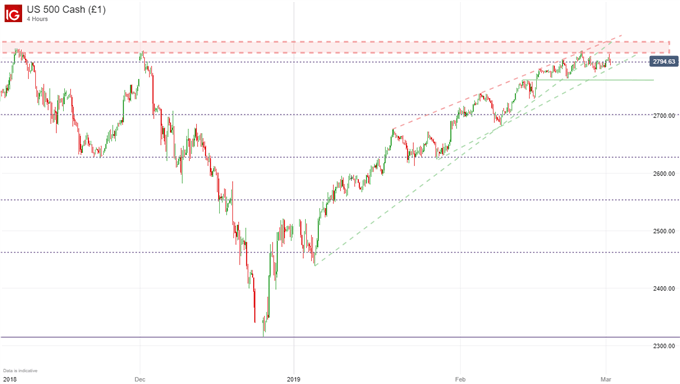 The End of a Trend for High Yield Corporate Debt?

While broad-market ETFs were heavily sought after this week, a recent favorite in HYG saw a change of pace. The HYG ETF, which recorded $1.3 billion in net inflows for 2019 so far, saw its largest intraday outflow since December 20th this week when $807 million exited the fund. The outflow is in stark contrast to the recent trend for high yield corporate debt. The bigger question is whether this is the end of the recent trend, or just an anomaly. 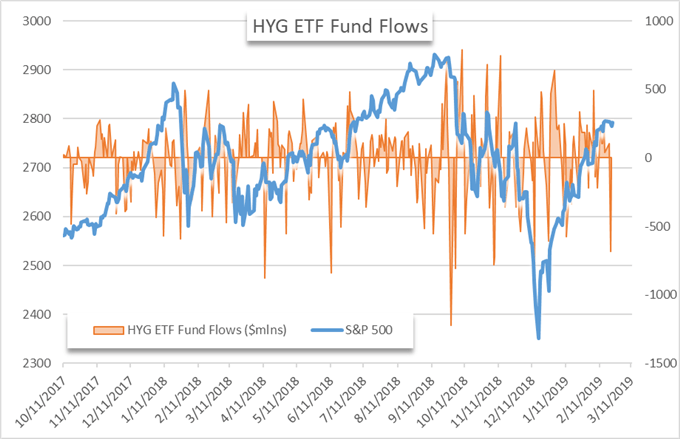 With that said, the fund flows for an ETF with underlying assets similar in nature to HYG suggest the outflow was just an outlier, or even overdo. 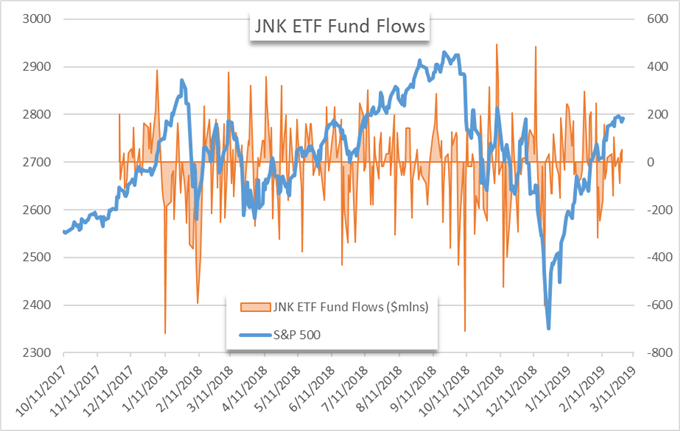 The JNK ETF, which matches the performance of high-yielding and highly liquid corporate bonds, notched a week of inflows albeit marginally. Further, the fund recorded significant outflows just two weeks prior, suggesting HYG may have been overdo for a series of outflows.

Despite the series of outflows for JNK, the fund was still able to record $1 billion in net inflows for the first two months of 2019. Adjusted for market capitalization, the inflows of JNK are nearly double that of HYG during the same span, and just $300 million short of the change in HYG’s coffers on a nominal basis.

Looking to take your trading to the next level? Check out our Advanced Trading Guides.

Thus, it seems the large outflow from HYG is not indicative of a change in sentiment or shift in trend but is likely due to rebalancing or profit-taking. For more on ETF flows and updates in the equity space, follow me on Twitter @PeterHanksFX.