GBP: The UK Parliament failed to pass any of the eight indicative votes last night, leaving the Brexit in disarray. Added to this, UK PM Theresa May said that she would resign if MPs passes her Withdrawal bill at the third time, although it remains unclear if the Speaker of the House will allow her to put forward her Brexit option again. Sterling faded lower during the session as sentiment waned, but GBP still seems to have an underlying bid which refuses to go away.

USD: US dollar traders will enter the fray with the greenback pushing higher, despite US Treasury bond yields being at, or close to, levels last seen at the end of 2017. USD strength also weighed on gold and oil which fell by 0.45% and 1.1% respectively. Heavyweight US data releases today and tomorrow will be watched closely to see if the greenback can continue to hold recent gains.

The closely watched 3m – 10year UST yield curve remains inverted, fuelling market talk of a recession in 2020. With expectations of another rate hike already priced-out of the market, the US dollar is performing well especially as talk grows of interest rate cuts later this year, aided in part by a weak EUR and GBP.

Why Does US Yield Curve Inversion Matter? 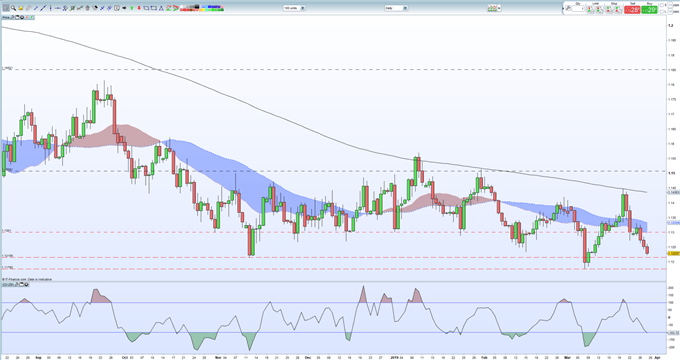