Trading sentiment has suffered a setback after US President Donald Trump said Sunday that he would raise tariffs on $200 billion of Chinese imports to 25% from 10% by the end of the week and would soon target remaining Chinese imports with tariffs.

His comments have helped keep global stock markets below their recent highs even though Chinese Vice Premier Liu He will still visit the US this week to talk about trade and China has said it will maintain its composure. 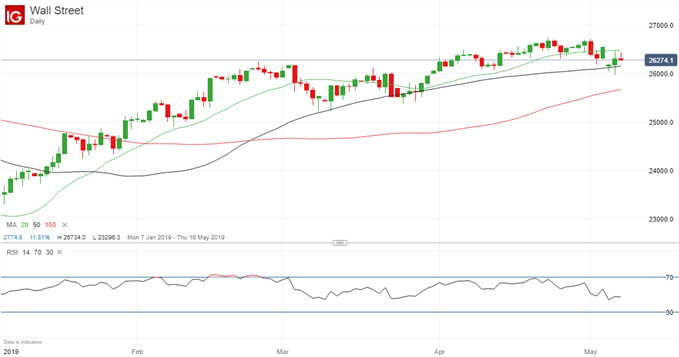 However, there has been no strong demand for safe havens such as Gold, suggesting that for now the markets are keeping their composure.

In this webinar, I looked at the charts of all the major markets, at this week’s confidence figures and at the signals being sent by the IG Client Sentiment data.