The US Dollar aimed higher against most of its major counterparts, boosted by a better-than-expected first estimate of fourth quarter GDP. Local front-end government bond yields rallied, singling increasingly hawkish Fed monetary policy expectations. This also boded ill for equities, which were already under pressure before the data release, as the S&P 500 closed lower for a third day.

Tensions between India and Pakistan as the Trump-Kim summit ended abruptly without an agreement were some of the causes of pessimism earlier in the day. These may have been why, unusually, we saw the anti-risk Japanese Yen weaken as its similarly-behaving cousin, the Swiss Franc, gain as a regional haven alternative. This is most clearly seen when looking at an intraday performance of JPY/CHF below. 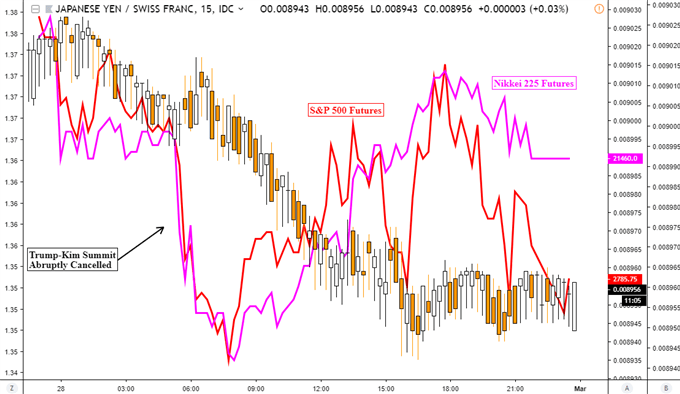 Some of the worst performing major currencies were the pro-risk Australian and New Zealand Dollars. Not only did they contend with a deterioration in risk appetite, but poor economic data also weighed them down. NZD/USD fell with souring business confidence. Soft Chinese manufacturing PMI data pressured AUD/USD lower as it underpinned economic growth slowing in the world’s second-largest economy. Gains in the US Dollar also boded ill for gold prices which turned lower this week so far as expected.

Wall Street did trim some of its losses in the aftermath of commentary from US Trade Secretary Steven Mnuchin. He noted that there has been a lot of progress made in China trade talks. S&P 500 futures are pointing cautiously higher, perhaps leaving breathing space for Asia Pacific equities to pause some of their declines. Markets will be awaiting a speech from Fed Chair Jerome Powell. 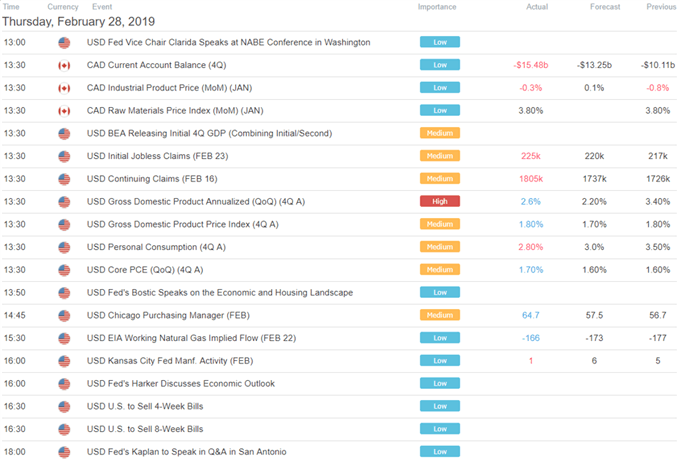 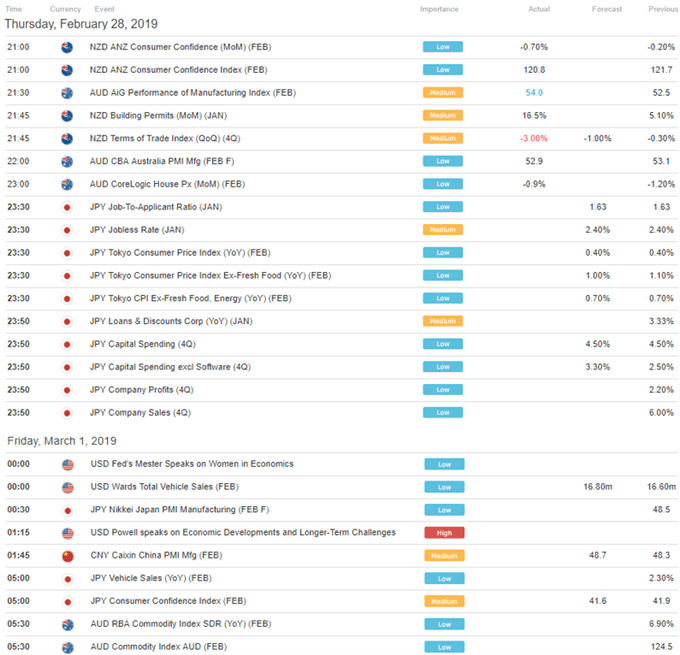