The latest Brexit developments boosted the British Pound on Monday and as markets transitioned into Tuesday’s trading session. What began with Germany’s Chancellor, Angela Merkel, saying that the European Union made a ‘very important’ offer to the UK ended with Theresa May’s Deputy noting that the government had secured ‘important’ changes to her divorce deal.

Volatility was not just limited to FX where Sterling is expected to be the most active. The S&P 500 soared 1.47% in a day where US retail sales, which previously significantly disappointed, beat expectations. This supported the notion that perhaps the world’s largest economy, which is primarily driven by consumption, could avoid following the trend of slowing global growth.

By the end of the day, local front-end government bond yields rallied as dovish Fed policy bets were cooled. But, the US Dollar sunk as demand for safe havens waned. It may have been further pressured by weakness from the British Pound. The anti-risk Japanese Yen declined alongside the Swiss Franc while the sentiment-oriented Australian and New Zealand Dollars outperformed.

As Tuesday’s Asia Pacific trading session got underway, S&P 500 and Nikkei 225 futures rose with the Brexit developments. This may lead to another rosy session for Japanese indexes despite technical cues that global equities could be at risk. In the interim, this may add fuel to AUD/USD and NZD/USD while the Japanese Yen falls behind.

Using futures to show after-hours trading, the Nikkei 225 bounced on a prominent support level after experiencing its longest daily losing streak since December. This area combines former support (from October) at 20973 along with a pair of rising trend lines from the end of last year.

Time has once again shown that this area remains a stubborn psychological barrier to breach for bears. Confirming a second close to the upside may precede another test of resistance at 21890. 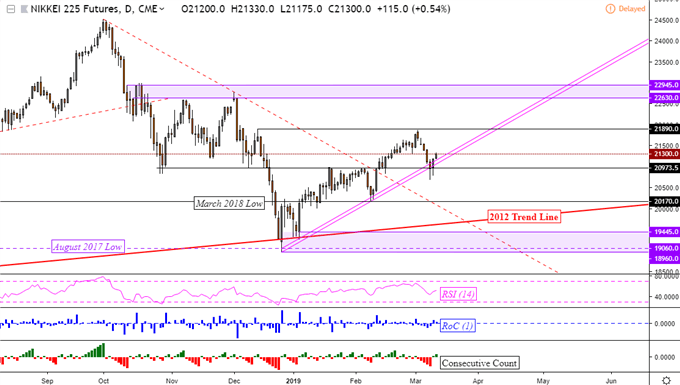 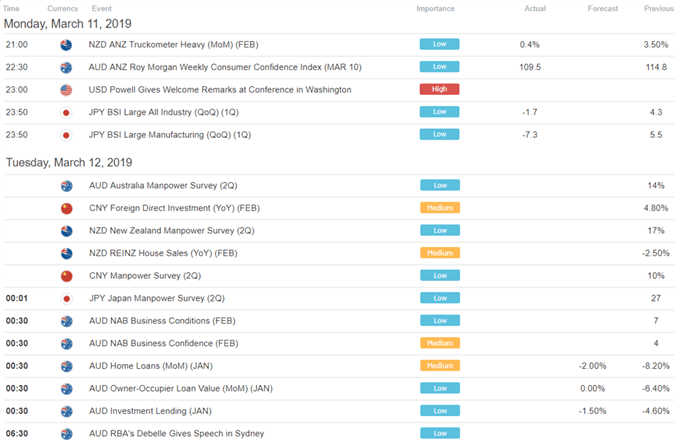