MXN: The Mexican Peso rallied following the decision by the US to suspend trade tariffs, consequently, the Peso has pared the entirety of its initial drop. In turn, this had also supported risk appetite with equity markets modestly higher to begin the week.

GBP: A slew of weak UK data, most notably a monthly contraction in GDP sees the Pound on the backfoot with GBPUSD back below 1.27, while EURGBP trades at the highest level since mid-January with the cross edging toward the mid-0.89s (full analysis). Consequently, the soft data goes against the recent hawkish undertones provided by the BoE Chief Economist Haldane, who suggested that a rate rise could take place in the near-term in order to curb inflation.

USD: A rosier start to the week for the greenback which is paring some of its NFP inspired losses against major FX counterparts, while the USD had also found support from holding its 200DMA. With the Fed now in blackout period eyes will be on the raft of key US data points (CPI, retail sales and U. of Michigan Survey) to confirm whether the Federal Reserve will be looking to cuts rates in the near-term. 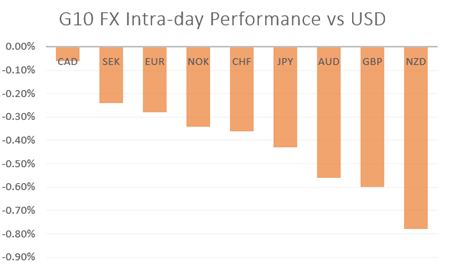 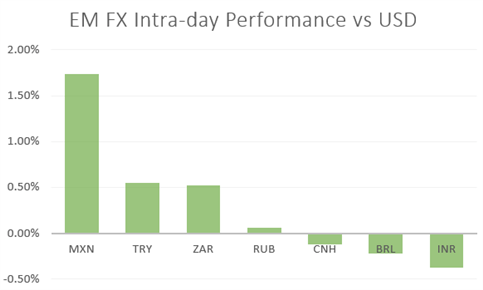