USD/CAD appears to be staging a near-term breakout after bouncing along the 200-Day SMA (1.3160), and the topside targets sit on the radar ahead of the Bank of Canada (BoC) interest rate decision as the exchange rate carves a series of higher highs & lows. 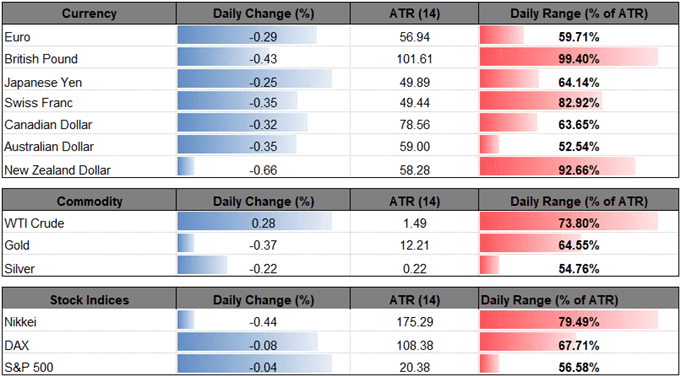 USD/CAD extends the advance following Canada’s Gross Domestic Product (GDP) report, which showed the growth rate increasing 0.4% in the fourth-quarter of 2018 versus forecasts for a 1.0% print, and the BoC meeting may do little to shore up the Canadian dollar as the central bank is widely expected to keep the benchmark interest rate at 1.75% in March. 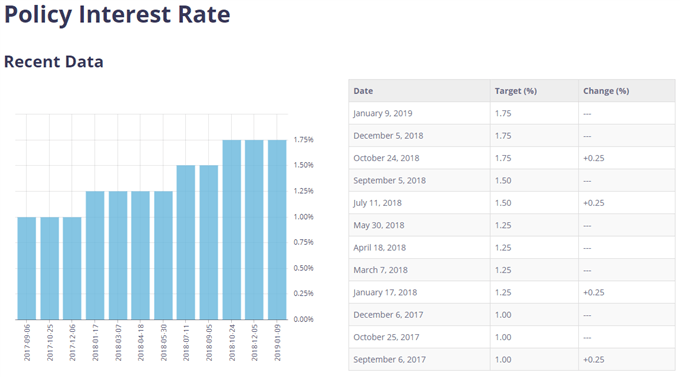 With that said, the Canadian dollar is likely to react to the forward-guidance for monetary policy as the BoC argues that ‘the appropriate pace of rate increases will depend on how the outlook evolves,’ and it remains to be seen if Governor Stephen Poloz & Co. will continue to prepare Canadian households and businesses for higher borrowing-costs as the ‘Governing Council continues to judge that the policy interest rate will need to rise over time into a neutral range to achieve the inflation target.’

Indications of a looming BoC rate-hike is likely to shake up the near-term outlook for the Canadian dollar as the central bank seems to be on track to further normalize monetary policy in 2019, but a material change in the forward-guidance may fuel the recent advance in USD/CAD as market participants scale back bets for higher interest rates.

Keep in mind, the broader outlook for USD/CAD remains constructive following the break of the June-high (1.3386), while the bear-flag from earlier this year appears to have run its course amid the failed attempt to test the November-low (1.3049). More recently, the dollar-loonie exchange has cleared the February-high (1.3340) after bouncing along the 200-Day SMA (1.3160), and recent series of higher highs & lows bring the topside targets on the radar especially as the Relative Strength Index (RSI) highlights a similar dynamic. Sign up and join DailyFX Currency Analyst David Song LIVE for an opportunity to discuss potential trade setups. 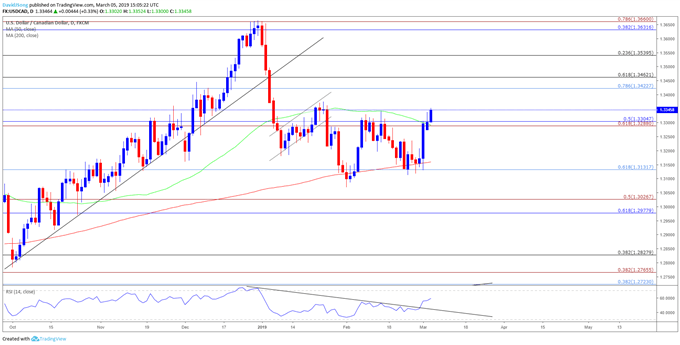