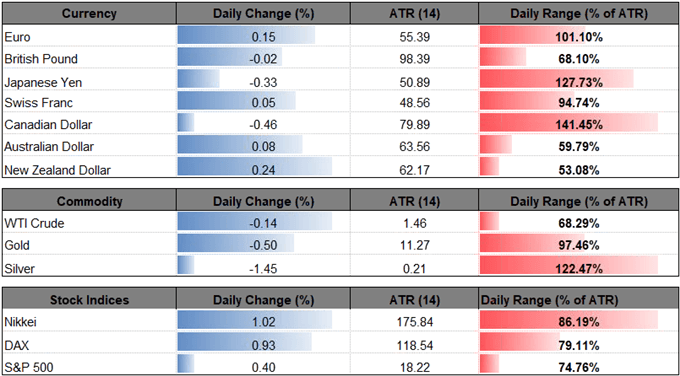 USD/JPY remains bid even though the ISM Manufacturing survey falls short of expectations in February, with the index narrowing to 54.2 from 56.6 the month prior, and the dollar may continue to benefit from signs of sticky price growth as the core Personal Consumption Expenditure (PCE), the Federal Reserve’s preferred gauge for inflation, holds steady at 1.9% per annum for the second consecutive month.

Keep in mind, recent remarks from Chairman Jerome Powell suggest the Federal Open Market Committee (FOMC) will retain the current policy at the next interest rate decision on March 20 as ‘crosscurrents and conflicting signals’ cloud the economic outlook, and the central bank appears to be on track to taper the $50B/month in quantitative tightening (QT) over the coming months as the central bank head indicates that ‘the Committee can now evaluate the appropriate timing and approach for the end of balance sheet runoff.’ 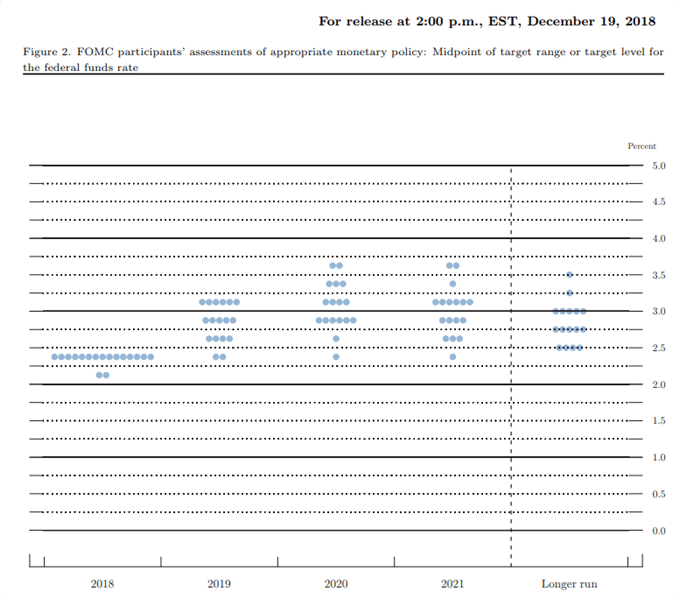 With that said, it remains to be seen if Fed officials will adjust the Summary of Economic Projections (SEP) as Chairman Powell warns of ‘muted’ inflation pressures, but the FOMC may have a difficult time in defending the shift in forward-guidance as the central bank pledges to be ‘data dependent.’ In turn, positive data prints coming out of the U.S. economy may keep USD/JPY afloat as it puts pressure on the Fed to further embark on its hiking-cycle, and the fresh updates to the Non-Farm Payrolls (NFP) report may influence foreign exchange markets over the coming days as employment is anticipated to increase another 188K in February.

Until then, recent price action keeps the topside targets on the radar for USD/JPY as it clears the 200-Day SMA (111.32), and the Relative Strength Index (RSI) appears to be extending the bullish formation from earlier this year as the oscillator now approaches overbought territory. Sign up and join DailyFX Currency Analyst David Song LIVE for an opportunity to discuss potential trade setups. 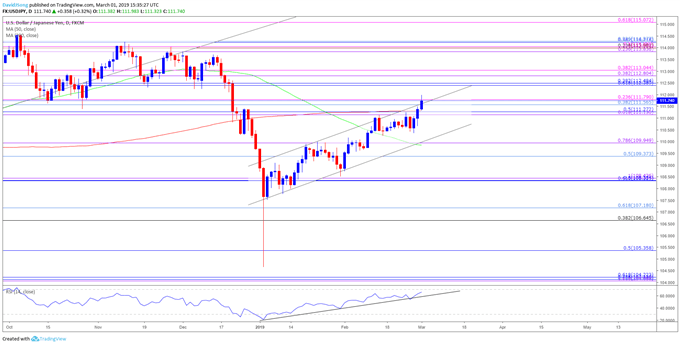