Last week, the Swedish Krona and Norwegian Krone were (surprisingly) left relatively undisturbed by headline–breaking Brexit developments. The UK-EU divorce saga looks to continue as officials from both sides attempt to reach an agreement that will not compromise each respective party’s political agenda. To gain greater insight on the political and economic impact of Brexit, sign up for my webinar here.

The economic calendar for Sweden this week remains light, which will likely result in most of the Swedish Krona’s price action being directed by event risk coming from whatever currency it is paired with. In the US, the much-anticipated FOMC meeting minutes will likely dominate headlines and grab traders’ attention. While it is expected the Fed will hold rates, investors are also interested in commentary from officials.

Since early-February, US economic data has been underperforming relative to economists’ expectations according to the Citi Group Economic Surprise Index. A possible contribution to the decline was the result of the longest government shutdown on record which trimmed GDP growth and cost the economy billions of dollars. 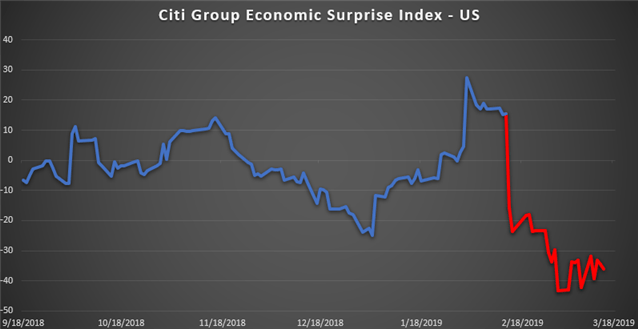 Last week, the US Dollar-weighted index (DXY) was down almost one percent as key economic indicators – such as core CPI – undershot forecasts. Even the better-than-expected report from the University of Michigan sentiment indicator failed to buoy the index. This might explain why USD/SEK and USD/NOK rapidly declined after reaching 17-year and 3-month highs, respectively.

Fed Chairman Jerome Powell has repeatedly stated that they are on a “data-dependent path” and that they can afford to be “patient” when it comes to raising rates. This may result in a weaker Dollar in the short-run, but if the Fed is cutting rates and economic conditions appear to be worsening, that realization may cause a flood of capital into the US Dollar and Treasuries as investors seek haven above profit.

NORGES BANK, WILL THEY RAISE RATES?

The Norwegian Krone does have one potentially market-moving event this week: a rate decision from the Norges Bank. Despite outperforming economist’s expectations since January, slower global growth and greater weakness in Europe and China may impact what many analysts anticipate will be a rate hike this month.

Because of Norway’s reliance on the petroleum sector, fears of slower global growth will likely weigh on oil prices as world demand fades. As a result, Norwegian exports and the Krone may take a hit. This downturn may be further exacerbated if the central bank raises rates at a time when global credit conditions are tighter, and risk in financial markets is higher now than it was last year.

If the Norges Bank does raise rates, it will likely cause USD/NOK to have a sharp decline for the day, but it is unlikely it will cause a long-term reversal of the pair’s current uptrend. If global economic performance continues to disappoint and poor US data lingers, there may be a shift in risk appetite which may cause traders to flee the oil-linked currency and instead run into the arms of the anti-risk US Dollar. 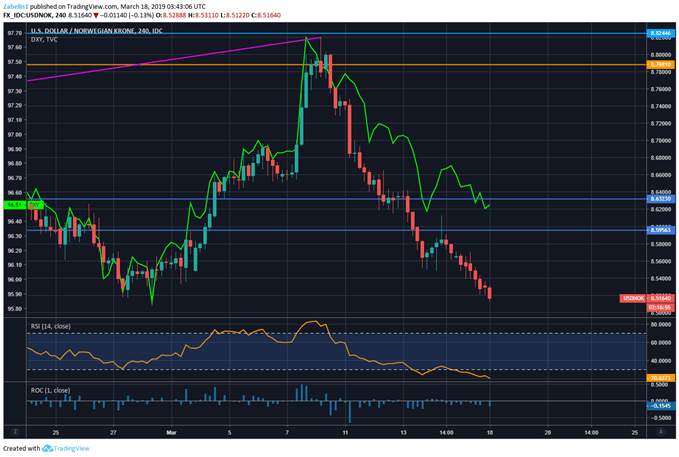