USD: The US Dollar saw a relatively choppy reaction to the Q1 GDP report. While headline surprised to the upside by quite some margin at 3.2% vs. Exp. 2.3%. The details however, were somewhat less convincing, particularly the PCE figures, meaning that while growth is running hot, inflation is not. Consequently, this places the Fed in a rather tricky situation. Within the GDP report temporary factors had been behind the surge with government spending and inventory accounting for 65% of the growth, while personal consumption had been soft.

As such, in light of the softer inflation metrics and the surge in temporary factors, the USD had pared its initial gain, losing out to its major counterparts with both the EUR and AUD jumping to session highs, while US 10yr yields broke below 2.5%. Nonetheless, when comparing US growth to the RoW, the situation is much more supportive. 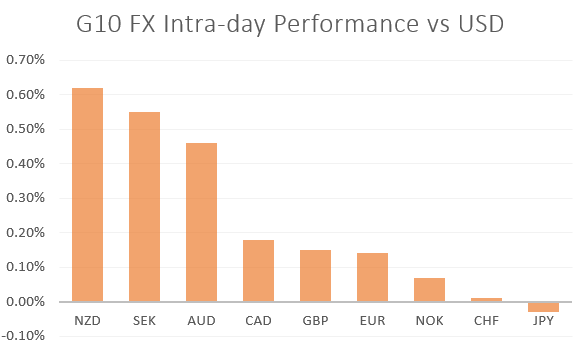