Build confidence in your own USD/CAD strategy with the help of our free guide!

The Canadian Dollar depreciated across the board on Wednesday after the BoC increasingly dialed down near-term rate hike prospects. After holding benchmark lending rates unchanged at 1.75%, the Bank of Canada said that there is increased uncertainty on the timing for future increases. Their prospects about the economy weakened for the first half of 2019, seeing inflation below 2% for most of this year.

Local front-end government bond yields tumbled as investors priced out rate hike prospects this year, with chances of a cut increasing. With that in mind, the central bank appears to be making a move similar in what we have seen with the Fed. There is increased uncertainty over the timing of future rate moves given the focus on data-dependence. We shall see how the Loonie performs on this week’s Canadian jobs report.

Yesterday, my Canadian Dollar index was at a key pivotal support area which has now been broken, opening the door to more weakness ahead. Meanwhile, USD/CAD could reach December highs given the bullish inverse head and shoulders reversal pattern on the daily chart below. Prices pushed above the neckline and have confirmed an additional close to the upside. The target of the candlestick pattern seems to be just under 1.3634. You may follow me on Twitter here @ddubrovskyFX for updates on CAD. 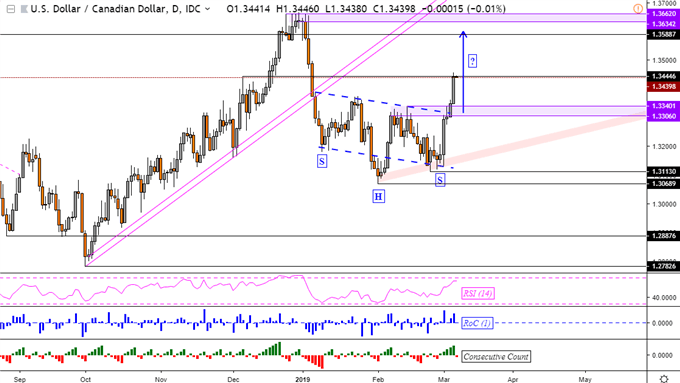 The pro-risk Australian and New Zealand Dollars underperformed, the former was weighed down by a softer-than-expected local GDP report. Meanwhile, a deterioration in market mood during the Wall Street trading session furthered weighed against these currencies after the S&P 500 declined for a third day. The US Dollar aimed higher, mostly aided by weakness in AUD, NZD and CAD.

S&P 500 futures are pointing cautiously lower, suggesting that the risk-off trading dynamic may echo into Asia Pacific benchmark stocks indexes. This may benefit the anti-risk Japanese Yen. The Aussie will look to domestic trade and retail sales data. Markets are becoming more dovish the RBA, increasing the impact of domestic economic statistics on AUD/USD. 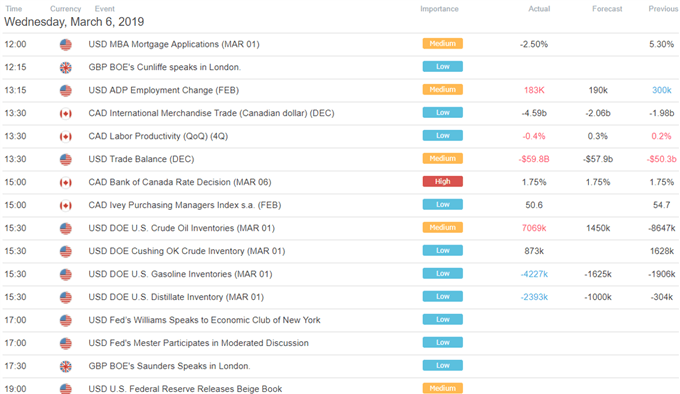 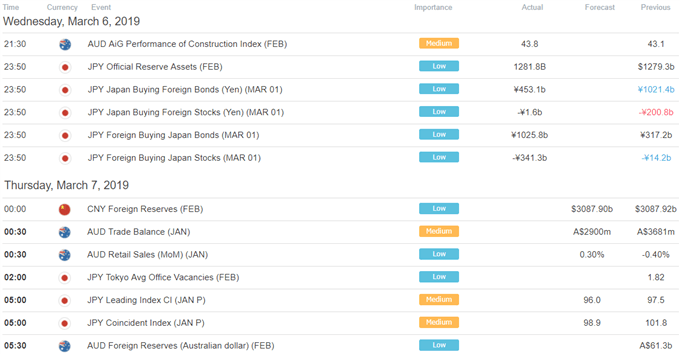