Can central banks prevent another recession?

Economists and markets continue to worry about a possible global recession as China, Germany, South Korea and Italy, among others, all struggle to maintain economic momentum. If one comes, it is sure to roil the financial markets – which would look to the world’s central banks for support.

However, the observation that “central banks are running out of ammunition” has been repeated so often that it has become a cliché. It has been circulating for at least a decade – since the dying days of the global financial crisis – and was quoted repeatedly in 2016, yet central bankers are inventive and might yet find solutions.

How monetary policy is shaped by interest rates and QE

Once upon a time, monetary policy was simple: central bankers simply raised interest rates when their economies were in danger of overheating and lowered them when they seemed to be cooling down too quickly. The problem comes when rates are already low or even negative as they are currently. 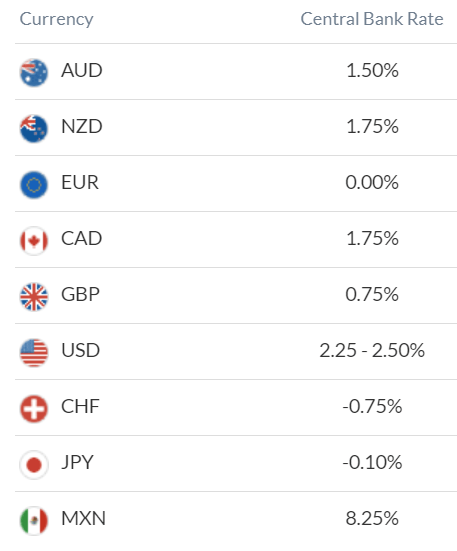 Source: DailyFX (You can click on it for a larger image)

The solution since the financial crisis has been so-called unorthodox measures, and particularly “quantitative easing”, or QE, in which central banks buy government bonds or other assets to inject money into their economies to stimulate activity. When even that does not work, they have to be even more inventive and the key question is whether they can be inventive enough.

In Japan, the answer seems to be a clear “no”. Its economy suffered a long period of stagnation after an asset-price bubble burst in 1991/92 that became known as the “lost decade”. However, the Bank of Japan was so powerless to stimulate growth that the lost decade became a lost score and Japanese policymakers are still struggling to boost aggregate demand.

As in Japan, interest rates are now negative in Switzerland, and the Swiss National Bank has grappled too with the problem of how to boost growth – suffering a humiliating setback in January 2015 when it was forced to abandon its efforts to prevent the Swiss Franc from appreciating against the Euro. The idea was that keeping the Franc from strengthening would improve the chances of an economic recovery but the SNB was finally forced to ditch the policy when the markets proved to have deeper pockets than it did, resulting in the infamous “flash crash”. 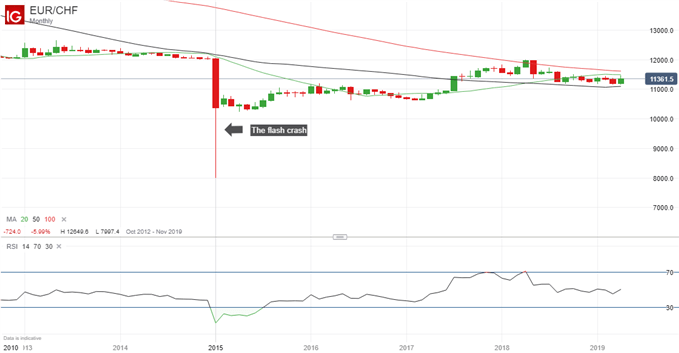 In both Japan and Switzerland, the introduction of a multi-tier interest-rate system has also proved ineffective. Tokyo introduced it in 2016, adopting what it called “quantitative and qualitative monetary easing with a negative interest rate” that included a three-tier system in which rates moved from positive to zero to negative as bank deposits at the BoJ increased.

The ECB could be more inventive with its monetary policy approach

The European Central Bank, by contrast, has arguably proved more adept, enabling it to keep its benchmark interest rate at the lofty level of zero. When QE proved insufficient, it launched a series of targeted longer-term refinancing operations offering long-term funding on attractive terms to banks to ease private–sector credit conditions and stimulate bank lending to the economy. A multi-tiered interest-rate structure is also reportedly being considered in Frankfurt despite its apparent lack of success in Japan, Switzerland and elsewhere.

Italy, though, seems to be in recession, with Germany arguably heading that way, so whether the ECB will succeed remains debatable.

If the central banks do fail, there is always the alternative of easing fiscal policy, whereby governments cut taxes and increase spending to stimulate their economies. Unfortunately, that tends to stimulate demand more slowly than easing monetary policy and is also not guaranteed to succeed.

Traders therefore need to keep a close eye on the stock markets, which tend to give early warnings of a downturn. At the time of writing they are close to record highs but if they do start to fall, and money moves into safe havens like gold and the notes and bond issued by the US Treasury, then it may be time to start worrying. Bear in mind though the much-quoted joke by the late Nobel Prize-winning economist Paul Samuelson that the stock market has predicted nine of the past five recessions.

Interest rates and the forex markets