ZAR: The South African Rand under significant pressure this morning after Q1 GDP showed the largest contraction since 2009, falling 3.2% vs Exp. -1.7%. In turn, this has raised the likelihood that South Africa is heading back into a recession. Alongside this, the ZAR saw another round of selling as the ANC stated that the party executive had agreed to expand the central bank’s mandate to include growth and employment, while also directing the government to consider constituting a task team to explore QE measures. As such, with the unemployment rate near 15yr highs and with GDP seeing the biggest contraction in a decade, interest rates appear to be heading lower. USDZAR eyes a test of resistance at 14.80. 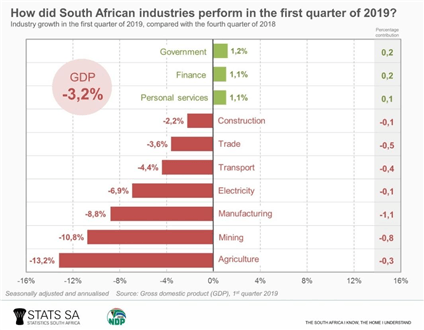 AUD: RBA cut rates to 1.25% as expected, while RBA Governor Lowe had also signalled that rates could go lower, which had also been priced by money markets. As such, the Aussie saw a slight short squeeze, given that market pricing for the RBA had been very dovish with markets looking for a many as three rate cuts by the year-end (COT shows AUD Shorts highest since 2015). Elsewhere, eyes will be on tonight’s GDP report, whereby risks are tilted to the downside.

MXN: The Mexican Peso is on the front foot following optimistic comments from the Mexican President in which he stated there could be a deal before June 10th (the start date for Mexican tariffs). However, it remains to be seen whether the US also share this optimism.

GBP: The Pound has been holding up relatively well this morning as EURGBP fails to make a convincing break above 0.89. However, GBP remains fragile given the political environment, while UK data has also been heading south with the latest Construction PMI moving back into contractionary territory. Focus on tomorrow’s Services PMI, in which a move below 50 could see GBP on the backfoot. 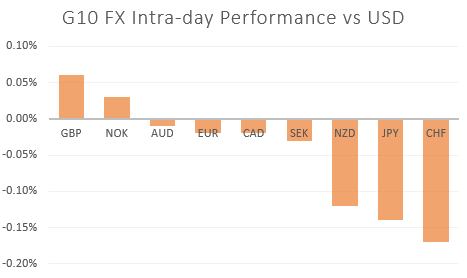 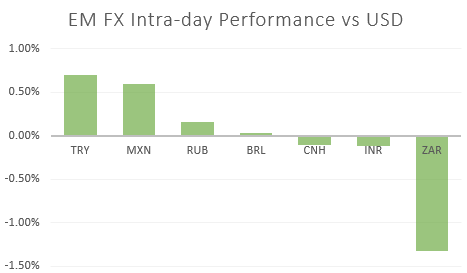